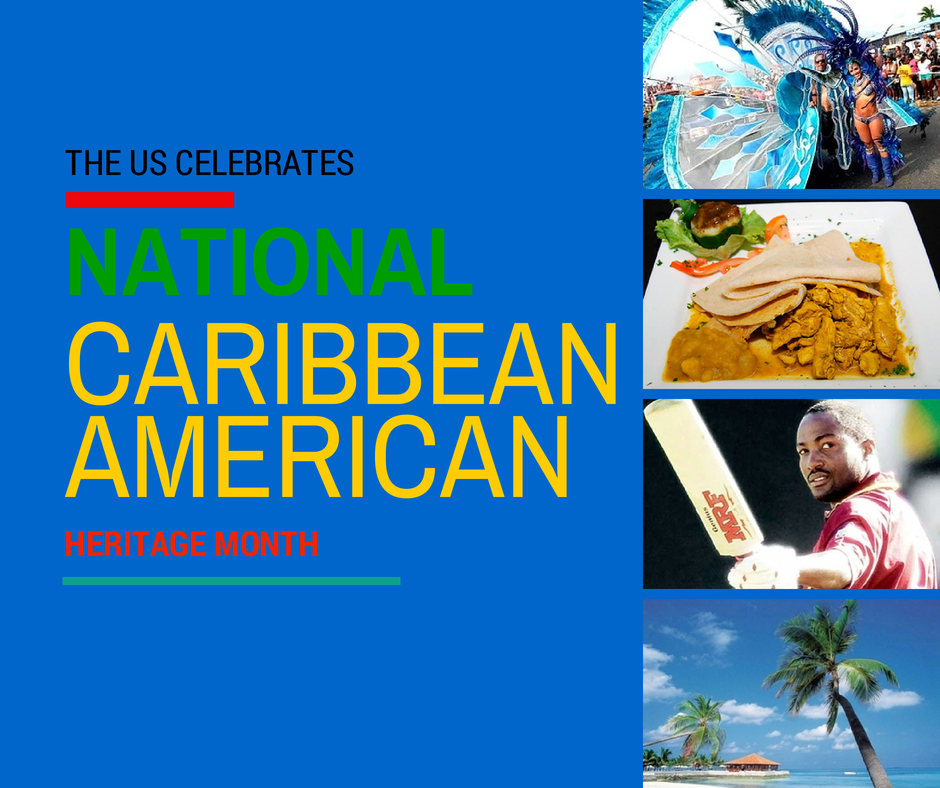 The Caribbean is home to more than 39 million people, with a significant number of immigrants and descendants living in the United States, Canada, the UK and other countries around the world. The Caribbean Diaspora in the United States has been observing June as National Caribbean American Heritage Month since 2005, when the House of Representatives unanimously adopted H. Con. Res. 71, sponsored by Congresswoman Barbara Lee, recognising the significance and contributions of Caribbean immigrants and their descendants to the history and culture of the US. The resolution similarly passed the Senate on February 14, 2006, concluding a two-year, bipartisan and bicameral effort. The campaign was spearheaded by Dr Claire Nelson, founder and president of the Institute of Caribbean Studies (ICS).

Since the declaration, the White House has issued an annual proclamation recognizing June as Caribbean American Heritage Month. Read the 2014 proclamation here.

The ICS also runs a website, where you can find out more about Caribbean American Heritage Month history and various initiatives and activities for June and the rest of the year. If you’re a member of the Diaspora or plan to be in the US this month, you can also finf out what’s on in your city under ‘Regional Celebrations.’

diGJamaica will be engaging members of the Jamaican Diaspora and marking Caribbean American Heritage Month all month long with a number of specials. Keep checking digjamaica.com/diaspora and our Facebook and Twitter pages for more!