In this week’s Monday Musings, we take a quick look back at the Unemployment Rate.  It was reported at the end of November that youth unemployment remained at 3 times the rate of the national average.  The underlying story, however, was that Jamaica’s unemployment rate was 12.8%, the lowest since July 2011.  The graph below shows the trend in the unemployment rate from January 2010 to July 2012: 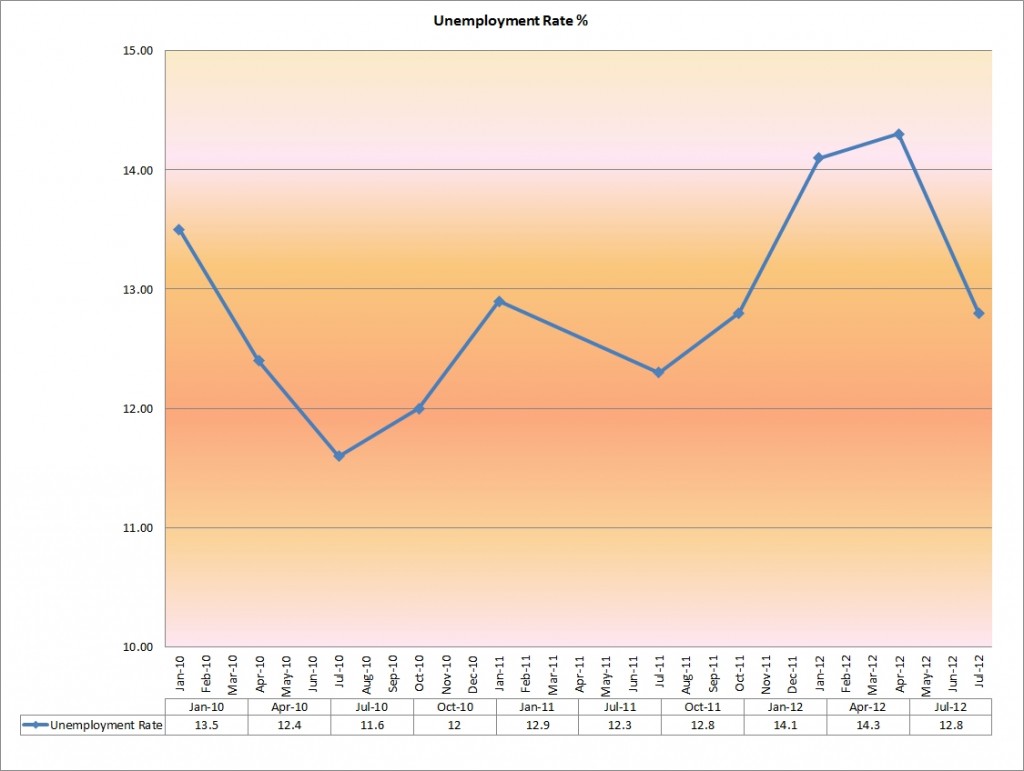 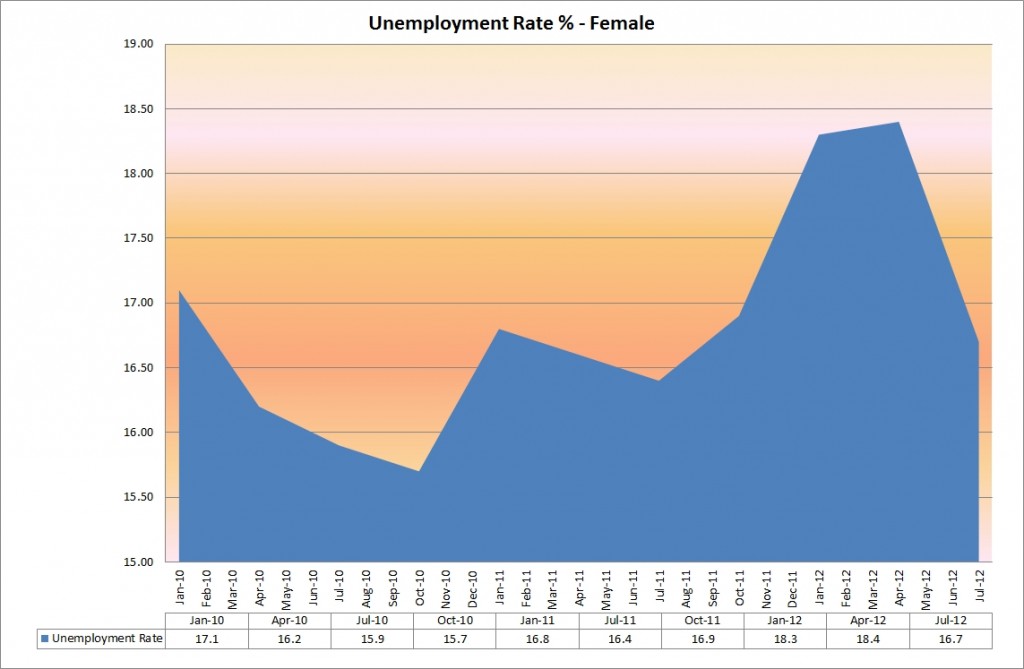 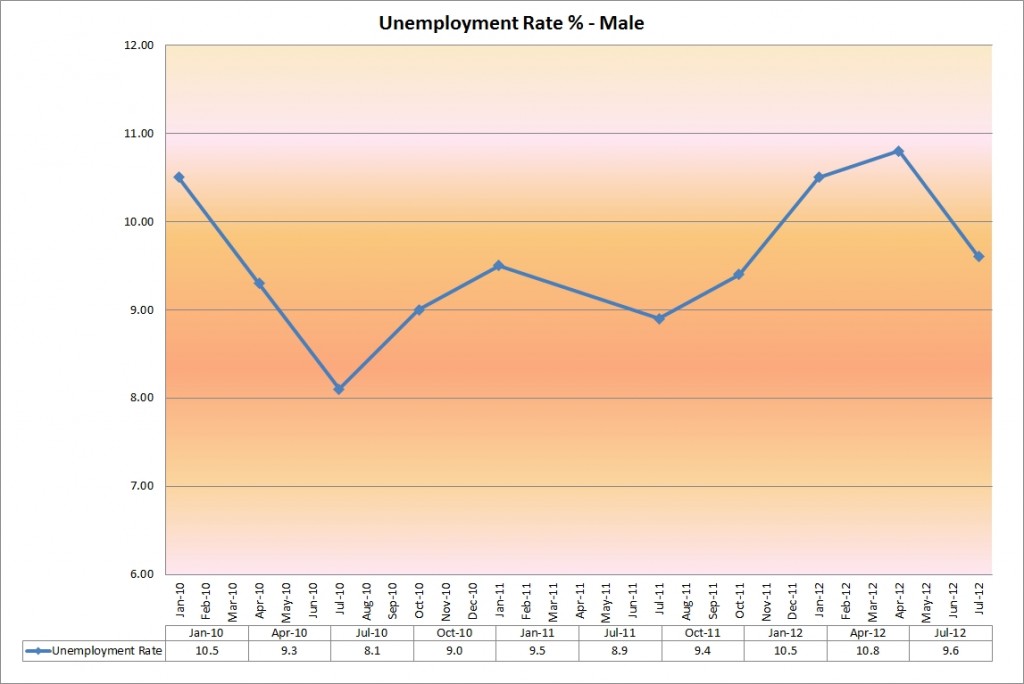 The graphs above tell a different story about Jamaica’s unemployment rate – Male unemployment is actually below the magical 10% mark, while Female unemployment languishes at 16.7%.  Can anyone explain why there is such a disparity between the two rates of unemployment?

Lets look at the chart that shows this data: 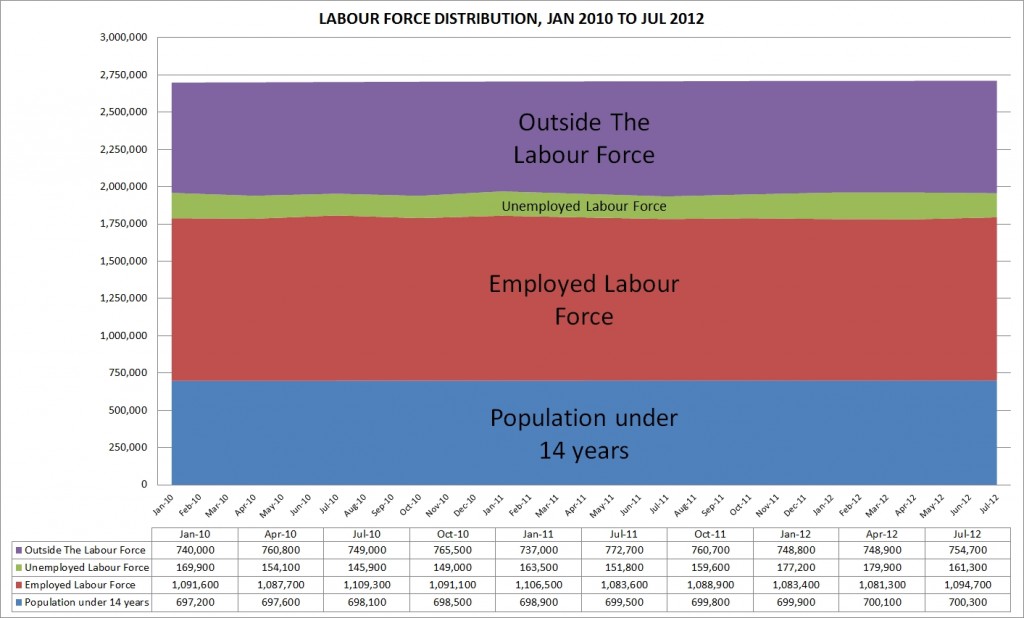 All data above can be found by clicking on the respective chart or heading over to diGJamaica.com/data.