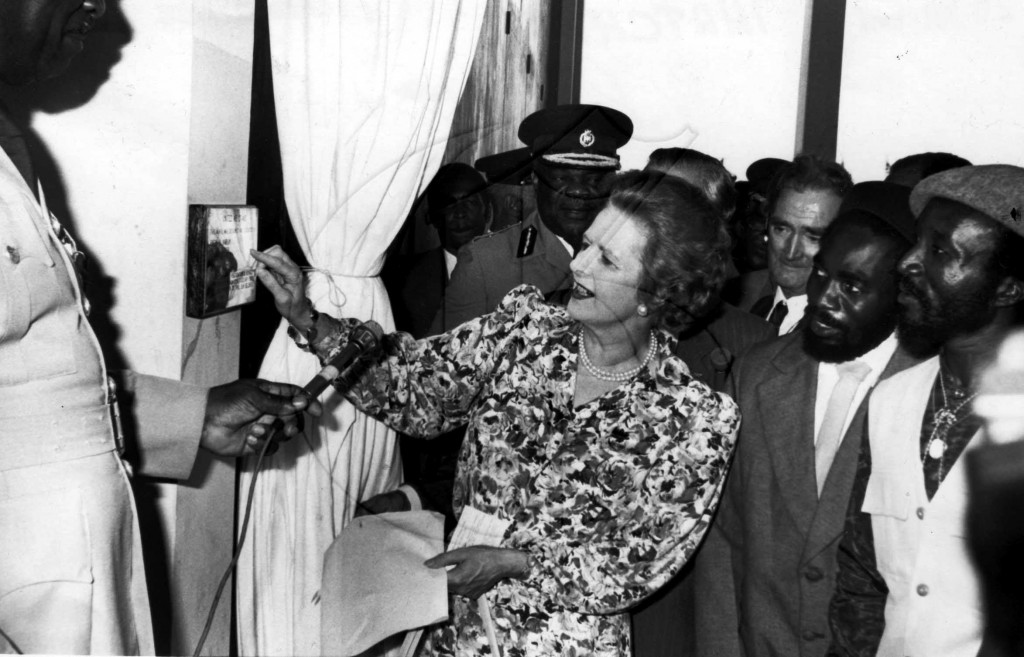 This photograph, taken on July 18, 1987, shows the late former British Prime Minister Margaret Thatcher unveiling the plaque attached to a mural painted by several West Kingston artists, at the Police Academy in Twickenham Park, St. Catherine. To her right is then Commissioner of Police, Herman Ricketts.

Thatcher, one of Jamaica’s closest allies at the end of the Cold War in the 1980s, was on the island for a one-day visit. Read more at Jamaica-Gleaner.com

What Happened Off The Coast Of Kingston To The Prinzessin Victoria Luise?