The following is an extract from Jamaica’s Ministry of Health public advisory on malaria in the country:

Malaria in humans is caused by five species of a protozoal parasite belonging to the genus Plasmodium. These are P. falciparum, P. vivax, P. ovale, P. malariae and P. knowlesi. The malaria parasite is transmitted to humans by the infected bite of female Anopheles mosquitoes called “malaria vectors.” There are more than 30 anopheline species that transmit malaria and Anopheles albimanus is considered the principal vector for transmission in Jamaica. 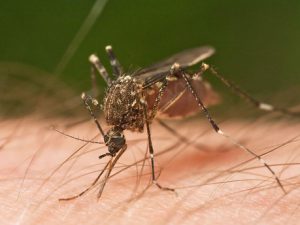 The World Health Organization (WHO), in the World Malaria Report of 2016, reported that there were 91 countries with ongoing malaria transmission. According to this report, there were approximately 212 million new cases of malaria worldwide in 2015 (range 148–304 million) with the WHO African Region accounting for most of global cases of malaria (90%), followed by the South-East 3 Asia Region (7%) and the Eastern Mediterranean Region (2%). The endemic countries are Africa, the Americas, Eastern Mediterranean, Europe, South East Asia and the Western Pacific.

The symptoms of Malaria include fever, chills, headache, sweats, fatigue, nausea and vomiting. Some population groups are at considerably higher risk of contracting malaria, and developing severe disease, than others. These include pregnant women, infants, children under five years of age, patients with HIV/AIDS, as well as non-immune migrants, mobile populations and travelers.

History of Malaria in Jamaica

Jamaica eliminated malaria after the successful Malaria Eradication Campaign of 1958/62 with the last endemic case being in 1961. Jamaica has been able to prevent re-introduction by public health surveillance, identifying imported cases and putting in place the necessary control measures to prevent local spread even in the presence of imported malaria. In 2006, after 44 years of “eradication”, Jamaica had an outbreak of Plasmodium falciparum. An emergency response was launched with the key strategies of early detection, prompt treatment of cases, vector control, public education and intersectoral collaboration. This led to the successful re-elimination of Malaria in 2009. In 2012, Jamaica was re-instated on the Official Register of areas where Malaria eradication has been achieved.