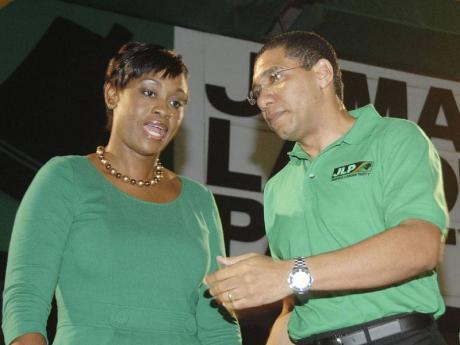 Many Jamaicans were surprised by the news that Juliet Holness, the wife of Opposition Leader Andrew Holness, would be throwing her own hat into the political ring. She was today ratified as the Jamaica Labour Party’s (JLP) representative for East Rural St Andrew, where she will take on Senator Imani Duncan-Price for the stewardship of the somewhat troubled constituency when the general election is called next year.

Mrs Holness is a businesswoman and chartered accountant with the Association of Chartered Accountants, and was a senior manager at Pricewater-house Coopers, with degrees from The University of The West Indies, Mona. Mr Holness, who is also the Member of Parliament for the St Andrew West Central seat, was first elected to represent the constituency of St Andrew West Central in 1997 at the age of 25. He is the youngest person to serve as Prime Minister, taking office on October 23, 2011 at 39 years old. He is also the first Jamaican head of Government to be born after the country gained Independence in 1962.

The Holnesses are not the first husband-and-wife team in Jamaican political history. Take a look at these other couples who entered representational politics as candidates for Member of Parliament positions:

Sir Alexander was Jamaica’s first Prime Minister. He served from August 6, 1962 to February 27, 1967. Along with his cousin Norman Washington Manley, he is regarded as one the two ‘Founding Fathers’ of Jamaica’s Independence, which was attained peacefully on August 6, 1962. He was made a National Hero in 1969.

Lady Bustamante was a prominent member of the Jamaican trade union movement and is said to have had an active role in the formation of the JLP. At the time of her death in 2009, she was still Honorary Treasurer and a Trustee of the Bustamante Industrial Trade Union (BITU), founded by her husband. She was also a member of the executive and a trustee of the JLP. Reluctantly, she ran for political office in Eastern Westmoreland in 1951 and lost, which pleased her.

The late Madame Leon was the first Jamaican woman to become a government minister, and the only Jamaican to have served in both a JLP and PNP Cabinet. She joined the JLP in 1944, was elected chairman of the party in 1948, and won her first election in 1949, taking stewardship of the Western St Andrew seat, which she held for eight years. In 1953, she was appointed Minister of Health and Housing. In 1960, she left the JLP but was unsuccessful as an independent candidate. In 1967, she joined the PNP and won a seat in the local government election in 1969. She served as chairman of the Kingston and St Andrew Corporation (KSAC) Roads and Works Committee and deputy mayor of the KSAC in 1971, before retiring in 1980.

Compared to his wife, Arthur had a far more subdued political career. His most notable achievement was winning the St Andrew West Rural seat in 1959, besting the PNP’s AA Walker 7,744 votes to 5,827. 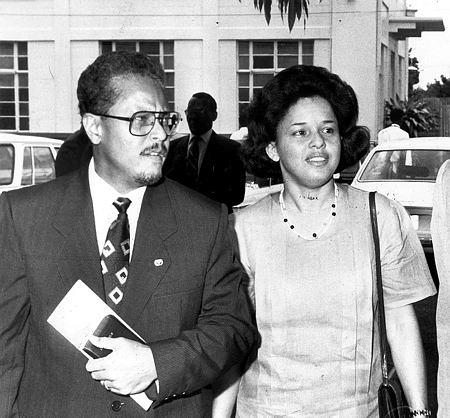 Robertson first came to national attention in 1993 when he whipped the JLP’s Kingsley Sangster 9,898 votes to 2,508 at the polls to win the St Catherine South East constituency. He retained the seat until his retirement in 2007. Robertson held various positions within the PNP during his years in active politics, rising to the rank of party vice president.

Kirlew-Robertson also came to the fore in 1993 when she wrested the JLP-dominated North East St Andrew seat from Douglas Vaz in a nail-biting encounter. She wasn’t as lucky in the 1997 polls, losing to the JLP’s Delroy Chuck. She was also an active member of the PNP Women’s Movement from the 1970s to the 1990s.