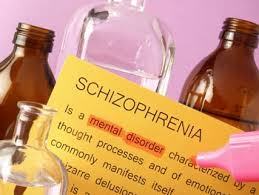 Schizophrenia is a severe mental disorder, characterized by profound disruptions in thinking, affecting language, perception, and the sense of self. It often includes psychotic experiences, such as hearing voices or delusions. It can impair functioning through the loss of an acquired capability to earn a livelihood, or the disruption of studies. Dr Frederick Hicklng posits that “the age-corrected incidence rate for schizophrenia per 10 000 is 2.09 in Jamaica”.

Persons with paranoid schizophrenia experience intense delusions and hallucinations. They hear voices and develop the belief that other people are conspiring or plotting against them to do them harm. Kirk Wilson (not his real name) is a Jamaican who has been battling with paranoid schizophrenia for all of his adult life. He took the time to share with us what his experience has been:

“At age 18, I got my first job, and that in itself was pressuring. I started experiencing sleepless nights, and heightened perception of conversations I thought were being directed at me. That was the start of the paranoia. When I was attending a charismatic crusade, things came to a head. After attending the crusade for about two weeks, I had convulsions, epileptic fits, screaming … but only in that environment. Then I started behaving strangely at work. I was nervous, trembling, crying uncontrollably … all of this pointed to stress.

“After attending the crusade, I wasn’t eating or getting much sleep. Finally, I was told to stay home from work. I fell into a trance at home, and I destroyed the apartment … I broke up plates, ripped holes in the sofa … I was taken to Ward 21, where I was admitted for two weeks. The first diagnosis was brief reactive psychosis, and I was put on antipsychotic medication. That was in 1997. After leaving Ward 21, I was attending clinics at the University Hospital of the West Indies. Later that year, I was diagnosed with paranoid schizophrenia.

“Like most people, my family wasn’t equipped to deal with a situation like that. At times they treated me roughly, telling me to snap out of it. I resigned my job and went back home. I had only had that job for eight months. Since then, I’ve been on and off medication. The illness wasn’t severe in the initial stages because I was home, and I was taking care of home things.

“In 1998, my family migrated to the US (left one by one) and left me alone in Jamaica. In 1999, I went to college. But that was cut short because of the illness. So after three semesters, I came home sick to recuperate. Then I got another job, and there was a little paranoia there. I was taking the pills on and off. It was when I realized that the paranoia was persistent that I began taking the meds consistently.

“That (being mentally ill) is not something anyone foresees. For many persons who suffer, even into the illness, they still do not accept or have a consciousness that they are ill or need any kind of treatment or intervention. After educating myself, it was my decision to go on medication … because I saw where the medication made a difference.

“[When I first found out that I had paranoid schizophrenia], I was scared. One day I was sitting down in the mental health clinic among other patients. And the persons who I saw there were not reflections of me, but I can imagine someone looking on would see me as such: the stiffness, the blunted effect (lack of expression). I asked myself: what happened to me? How did I get here that I had to be told that I had to be on these medications for the rest of my life?

“It was a very scary experience at that point in time to try to accept that this was going to be my life. I had dreams of becoming a recording artiste. I had to shelve those dreams because of how the medications affected my voice. They affected my voice in a very marked way, so much so that I had to stop singing. While I was singing, I was in steady vocal decline until the time came when I couldn’t sing anymore. Because of the determined spirit I had, I delved more deeply into other forms of expression.

“In the mental health field, a lot of patients are not taken seriously and are not treated as though they are intelligent beings. A lot of the workers assume that because they are mentally ill, their mental faculties are not good for anything else.  Generally, they don’t treat you with that kind of respect when you are mentally ill. They just feel that you have nothing to contribute to society. Once some people hear that you are mentally ill, it’s very difficult for you to prove yourself to be someone to do the job or take care of your responsibilities.

“A lot of workplaces are very insensitive to the vulnerabilities of mentally persons. Discrimination is alive and well in the work place, too.

What helps you cope?

“[What helps me cope?] A sense of purpose. A sense that I am here on earth to do something worthwhile. Because of that belief, I try to cope. I don’t roll over and accept defeat. I remember in 2013 after leaving my job, I had to do everything I could to survive, even asking people for food, money or any kind of help I could get. It pushed me to do what I need to do – and have to do – in order to survive.”