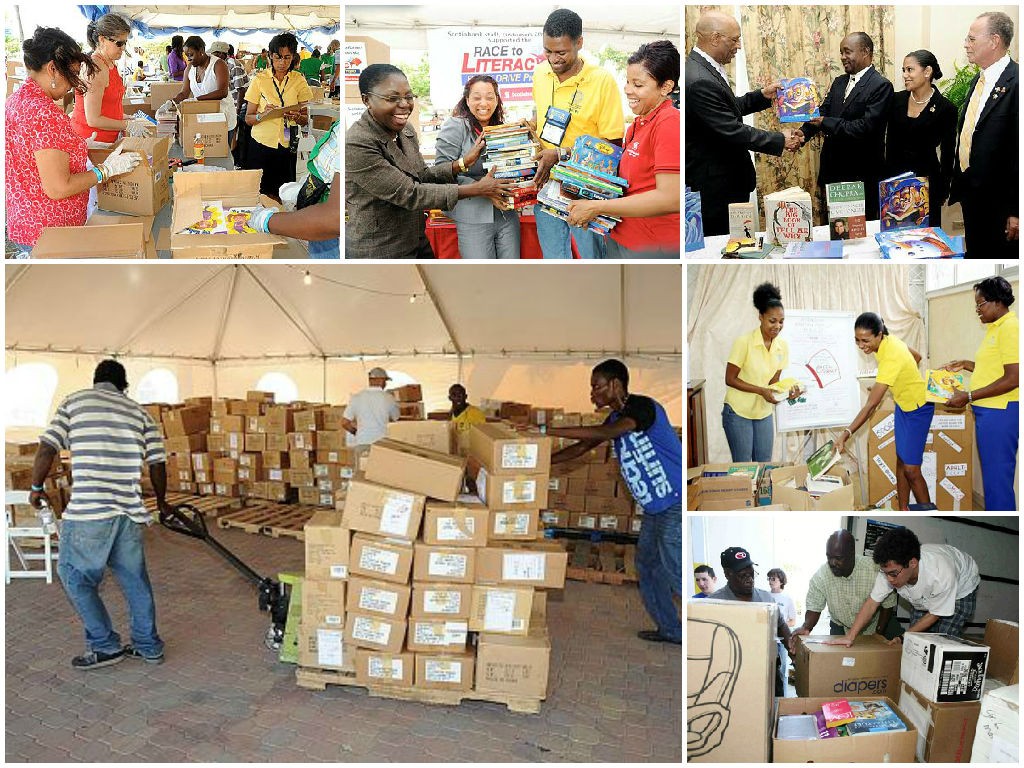 Jamaicans are no strangers to setting world records – witness the exploits of athletes such as Usain Bolt and Alia Atkinson, for example. So it was with great confidence that the Rotary Clubs of Jamaica decided to etch its name in the Guinness Book of World Records in 2010 by collecting more than 242,624 books in seven days. That record had been set by members of the 2008 Rotary International Convention in California. In true Bolt style, the record was not just broken, but obliterated: 657,061 books were collected between May 1 and 8.

“The Rotary Club in California had set the record and I thought it was cool. We needed books for the Jamaica Library Service as children’s books were in short supply, and we figured if people had a record to shoot for, it would be more successful. Jamaicans love breaking records,” explains Deika Morrison, chairman of the ‘Race to Literacy‘ book drive.

The book drive was even more successful than the Rotarians could have imagined, as donations began pouring in from companies, charitable organisations and individuals across the island – the Governor General, track stars, entertainers and average Jamaicans alike. Books were also coming in from people in other countries, even as far away as Singapore. No wonder the record had been smashed within nine hours!

Rotary International is well known for its advocacy for education and literacy. In fact, basic education and literacy is one of six areas of focus for the charitable organisation, alongside peace and conflict prevention/resolution, disease prevention and treatment, water and sanitation, maternal and child health, and economic and community development.