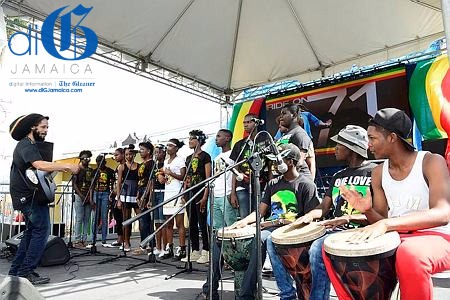 How do you hope the designation will benefit the local music industry?

First, I am hoping it gives us an opportunity for serious and strategic introspection about who we have been, who we are, and who we need to become in the global music industry. Creative work around music is serious business, and Jamaica’s place in the music annals of history, indisputable.

Secondly, it is my hope that the designation will bring visibility to Kingston as a cultural capital, the music creators and promoters, as well as supporting services to enhance the industry. For example, we must find the resources and build the necessary partnerships to properly establish the Jamaica Music Museum, build state-of-the-art venues and entertainment zones.

Thirdly, I hesitate every time I use the word ‘industry,’ because when I look, there are components of an industry but what we have is more a business. What we have is an abundance of talent in a population with arguably one of the highest creativity quotients worldwide. Most of all, the designation needs to be supported by players in the business, and arms of government. The Creative City Steering Committee is only a driving force working to manifest the proposed objectives of the application. Other stakeholders must play their part as we move to build global partnerships. One of the things academic institutions such as the UWI (in collaboration with JARIA and JAMPRO) are doing to support this is to raise awareness through fora, develop partnerships, and conduct research, which will be on display at JAMPRO’s Business Auditorium on May 2 for the 3rd Annual State of the Music Symposium. There are some crucial questions we must ask and continue to ask:  what is Kingston’s level of preparedness for the designation and the work involved in keeping it? We hope to tackle these and more in the upcoming symposium.

Speaking of the music industry, do you think it is better than it was 10 – 20 years ago?

As far as knowledge of the music industry goes, we are better off than 10 or 20 years ago. As to functioning in that industry, within a context of technological shifts and dominance from the West (USA and Britain, whose music industry started to take shape around the same time as Jamaica’s) is concerned, what is beating us is the systematic resourcing and planning for an industry that largely operated outside and around Jamaica, which we access by supplying talent – a sort of outsourcing enterprise.

Jamaica has to pay attention to why some artistes are one-hit wonders and others stay at the top of their game both locally, and internationally. Why does Beenie Man have such longevity on the local scene, and why do Sean Paul and Shaggy work to have collaborations/remixes with artistes/producers such as Sia, Neyo and Major Lazer? Why did Bob Marley tour so much – some 316 shows marketing nine studio albums? There is a level of strategic thinking that only some are engaged with and others not. So I think we are better off, but there are some missing links, some buttons that are staring us in the face which we are not pushing, partly because the industry is not resourced and facilitated by government support. The British music industry is a fantastic case study. Adele and Sam Smith are products of the kinds of investments made at the national level.