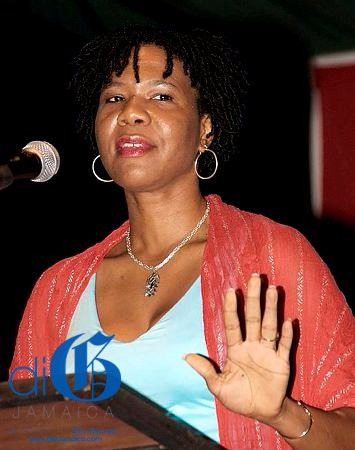 Kingston was one of 47 new locales added to the United Nations Educational, Scientific, and Cultural Organisation (UNESCO) Creative Cities Network in December 2015. Our city’s designation was for music, one of the seven creative categories recognised. Many in the local music biz would have celebrated this occasion – indeed, it was the focus of Reggae Month 2016.

However, the average Jamaican is probably still unaware of what exactly the designation means. Last year, we reached out to Dr Sonjah Stanley-Niaah, senior Cultural Studies lecturer at the University of the West Indies and author of DanceHall: From Slave Ship to Ghetto, and the forthcoming Reggae Pilgrimages: Festivals and the Movement of Jah People, to get her take on several issues related to the state of Jamaican music. With World Creativity and Innovation Week recently concluded, we again reached out to the Culture Doctor for her take on Kingston’s creative city status.

What are your thoughts on Kingston’s designation as a creative city of music by the UNESCO?

First, we have to understand what the designation means. Some may not be aware that the concept ‘creative city’ was adopted by UNESCO from the work of urban studies scholars, especially Charles Landry. The idea behind a creative city is that it is an inclusive, participatory space in which the means to making a living is through culture and creativity. In this sense, we are talking about the cultural and creative industries. The UNESCO creative cities network has some 116 members from 54 countries across different categories including design, film, literature among others.The designation links Kingston into this network and offers us a great opportunity for showcasing and marketing its creative heritage through music.

Kingston, as music capital of the Caribbean and the city which has given the world eight distinctly different genres of music in the latter half of the 20th century, has to now take up this opportunity with the support of all the relevant stakeholders, especially the government, to solidify partnerships with sister cities. Some of the creative cities for music include Liverpool (England), Hamamatsu (Japan), Mannheim (Germany), Brazzaville (Democratic Republic of Congo) and Salvador (Brazil). We can truly boast about our musical heritage, and every Jamaican must be clear about Jamaica’s musical heritage and why Jamaica must put music first in the sustainable development conversations. The designation is a good thing. Now we have to work to educate people about the designation and what it means, as well as work to keep it beyond the initial four years. As Andy Pratt asked some time ago: “who would want to be an ‘uncreative city?'”

There are several creative city categories – crafts and folk arts, design, film, gastronomy, literature and media arts. Which of these do you think Kingston could or should also be given Creative City status for?

The overwhelming case for music does not currently obtain for any of the other categories as far as Kingston is concerned. However, we have cultural products in Jamaica that need to be protected as part of our tangible/intangible heritage. Reggae is one such product. Some may argue that gastronomy is a category we could vie for in respect of the designation with our world-renowned national dish and jerk seasoning, but I don’t think those have a Kingston stamp or can be located with unique sites and industry around them in specific areas near Kingston. We should use our energy and time lobbying for designations we can achieve without question.