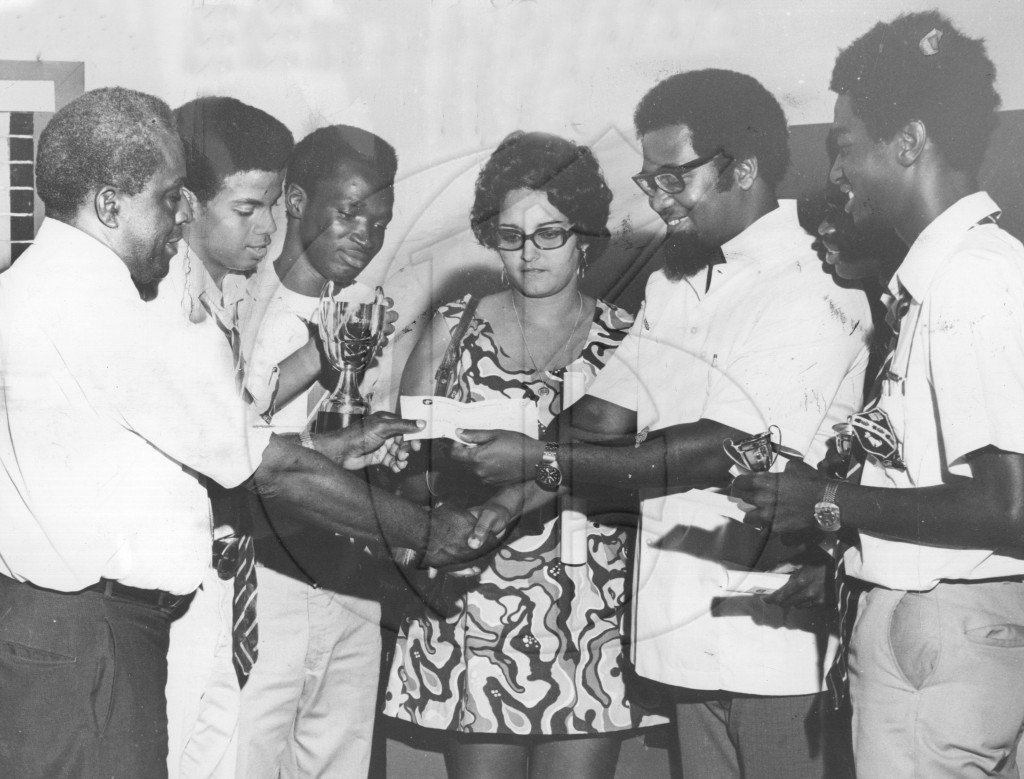 Last night’s final match in the 2014 season of Television Jamaica Schools’ Challenge Quiz came down to the wire, but in the end, it was Kingston College that claimed the trophy after clipping first-time finalist Campion College 27-25 to win.

This marks KC’s 11th title in the 45-year history of the competition. It’s Wordless Wednesday, but we’re doing a throwback to 1974, when KC won for the first time, following a keenly contested match against perennial rivals Jamaica College in the 1973-74 Jamaica Broadcasting Corporation (JBC) competition. Here, JBC’s acting general manager Dwight Whylie (left) presents a cheque to KC principal Carlton I Bruce as the team captain proudly displays the Schools Challenge Trophy. With them is Frances Phillips (later Coke), the team’s coach.