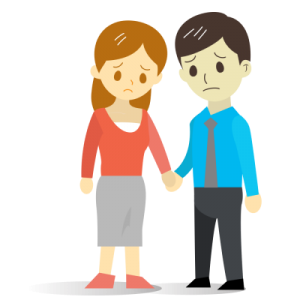 Have you ever stopped to think of what life must be like for the mother or father who has lost a child? Can you imagine the emotional turmoil – the sadness, distress and anguish – they must be experiencing? Often, when we see others walking through this difficult time, we don’t know exactly what to say or do to console them. Dealing with death is a complex, painful ordeal that most of us are utterly unequipped for. Doubly so when it is the death of one’s own child.

July is recognised worldwide as Bereaved Parents Month. It’s designated as a time show love and support for persons who have experienced the loss of a child or children. There are many parents who have to deal with the grief of losing a child in Jamaica. Consider the following statistics:

It is difficult to even begin to imagine the kind of grief the parents of these children undergo, but that’s why Bereaved Parents Month is such a necessary observance. It gives us a chance to express sympathy for grieving parents, and to develop our own awareness of their ordeal, as well as compassion for those trying to survive the death of a child.

This July, don’t let the opportunity pass to empathise with the Jamaican parents who are grieving the loss of their children – whether through sickness, abduction, miscarriage, violence, accidents … . Let’s become more aware of these parents, and find ways to help them walk through this trying time.