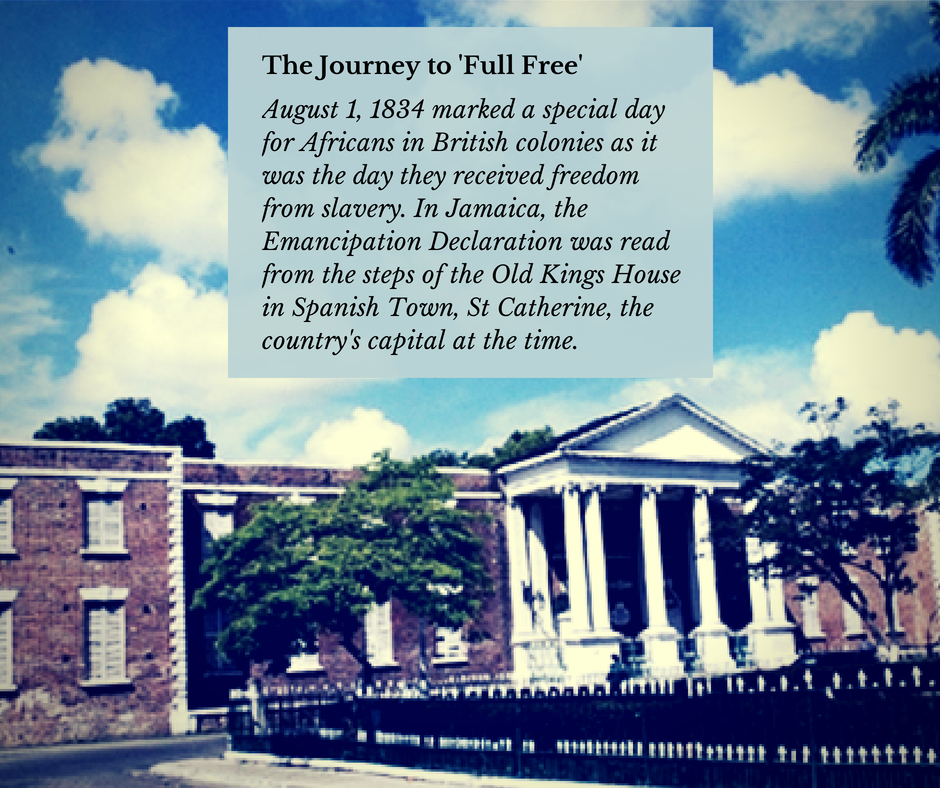 The bill for the abolition of slavery in the British colonies received the royal assent on August 28,1838. It stated:

Emancipation Day, also called “Augus’ Mawnin,” was officially introduced as a public holiday in Jamaica in 1893. The celebrations, however, were discontinued in 1962, when Jamaica gained independence. It was replaced by Independence Day, then observed on the first Monday in August. Emancipation Day was re-instituted in 1997 by then Prime Minister PJ Patterson as a national holiday celebrated on August 1. Independence Day was also fixed at August 6.