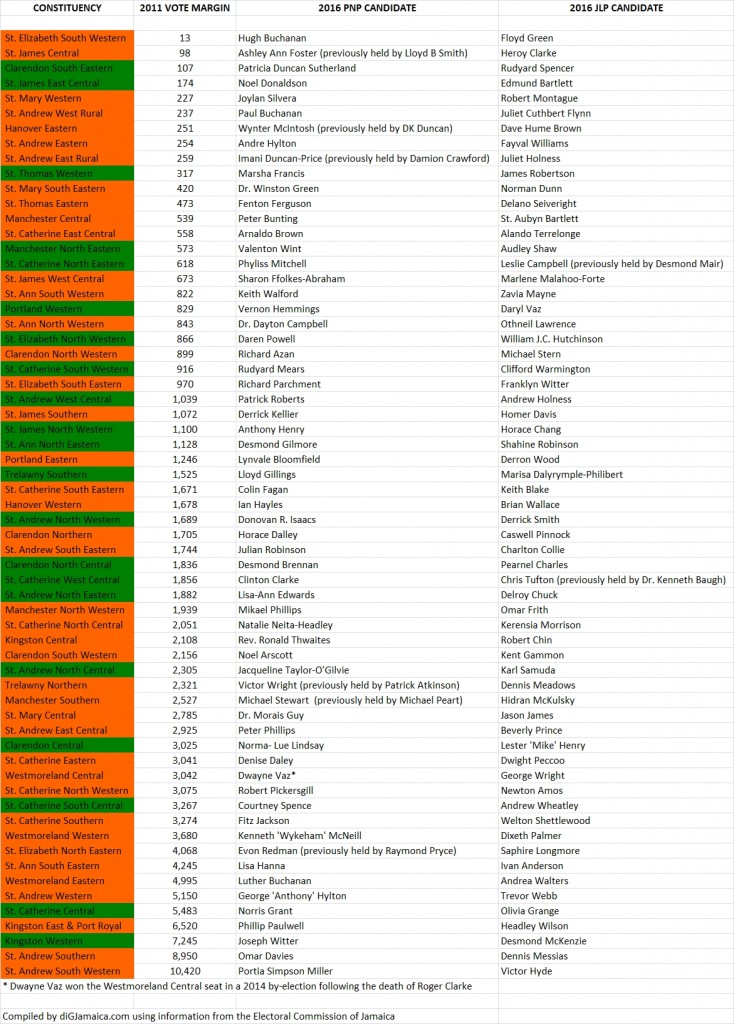 Did you know that in the 2011 general election, vote margins ranged from as small as 13 votes to as large as 10,420? Above, see a chart showing the difference between the number of votes received by the winner and his/her closest opponent for each constituency. Seats won by the PNP in the 2011 election are shown in orange, and those won by the JLP are in green.

The chart also shows the 2016 PNP and JLP candidates for each seat. In a number of seats, the incumbent will not be contesting the 2016 general election. In such instances, the previous representative is mentioned in parentheses beside the new contender from the respective party.

Get to know the contenders of the 2016 general election here on diGJamaica: