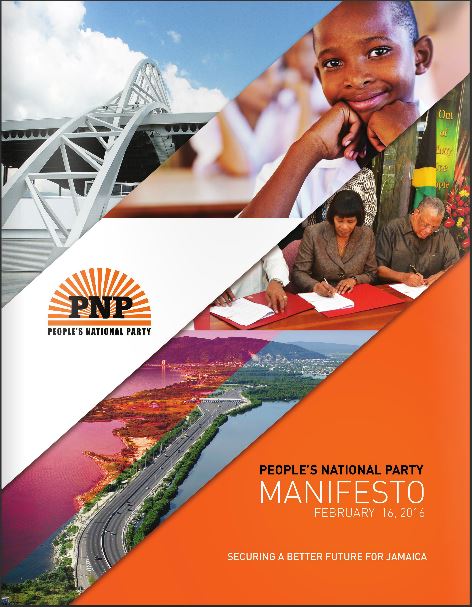 Election 2016 is almost upon us, and many Jamaicans are hungry for information about the plans the island’s two major political parties have in place for our future. We now know that the national debates will not take place, so in order to find out what the main political parties have in store for the people of Jamaica, we have to turn to their respective manifestos.

The People’s National Party (PNP) has released its 2016 manifesto, outlining its plans to ‘secure a better future for Jamaica.’ It includes the ’21 Further Steps to Progress,’ building on the party’s 2011 manifesto promises, and outlines ways in which the PNP “rescued Jamaica from the brink of bankruptcy” since taking office in 2012. Click here to read the full document.