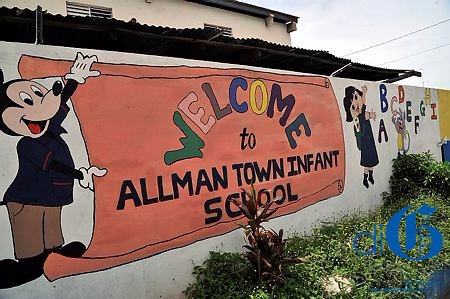 Of the 11 contested parliamentary general elections 1944-2011, the People’s National Party (PNP) has won 10 times to the Jamaica Labour Party’s (JLP) one. In 1944, Frank A Pixley (JLP) polled 8,485 votes to defeat Wills O Isaacs who polled 4,471 votes. This was the “Bishop’s” only defeat as he retired Frank Pixley in the 1949 general election, defeating him by a 3,993 majority. In 1955, Isaacs defeated Ernest Rae by a 2,663 majority. In the 1959 boundaries realignment, Central Kingston was divided into East Central and West Central. Isaacs continued his winning ways in the new East Central in 1959 and 1962.

When Kingston Central was restored by the Constituencies (Boundaries) Order 1966, which came into operation on January 3, 1967, Michael Manley replaced Isaacs in the constituency for the 1967 general election. In an extremely close contest, he defeated EK Powell (JLP), by 43 votes. In 1972, Manley with the “rod of correction” in hand defeated Errol Anderson (JLP), by an increased majority 1,654. With the boundaries again adjusted in 1976, the number of constituencies was increased from three to four with the Kingston Central constituency once again divided into East and West.

Finally, in the 1986 constituencies boundaries readjustment, Kingston Central was once again on the map. In the 1989 polls, Ralph Brown (PNP) defeated Olivia ‘Babsy’ Grange (JLP), by 1,869 votes. In 1993, following Brown’s retirement from the political arena, his replacement Colonel Leslie Lloyd defeated Grange by a 2,375 majority.

With Grange’s departure to the St Catherine Central seat in the 1997 general elections, and the replacement of Col Lloyd, Kingston Central had all new contenders in the race. In what was a keen and competitive contest, with the advent of Ronald Thwaites (PNP), Marcia Davis (JLP), and Charles Ganga-Singh (National Democratic Movement), the ruling PNP won Kingston Central for the seventh consecutive term. Thwaites received 6,907 votes; Davis 4,643, and Ganga-Singh 70. Independent candidate Junior J Anderson polled 10.

The 2002 election saw the PNP’s Victor Cummings polling 5,434 to defeat the JLP’s Charlton Collie (3,268) and Anderson, now representing the Imperial Ethiopian World Federation Incorporated Political Party (IEWFIPP), who polled 25. Thwaites returned to the constituency in 2007, polling 5,210 to beat Collie (3,745) and Anderson (22). He retained the seat in the 2011 election, beating the JLP’s Rosalie Hamilton 5,898 to 3,790. Michael Lorne of the Marcus Garvey People’s Political Party (MGPPP) polled 56.