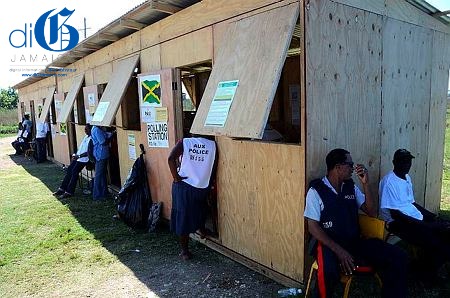 We are now 10 days away from Election Day 2016, and we’re sure you have heard a lot of terms going around that you may not be familiar with. Some of these terms relate to be people who help make up the election day machinery. Here we take a look at some of these people, and the duties they perform:

The Agent – Sections 41 and 41a of the Representation of the People Act give the right to each candidate to appoint an indoor agent and an outdoor agent to watch the proceedings at each polling station on his or her behalf. The agent will be able to report to the candidate how many people turned up at the polling station. However, it is important to note that the agent will not be able to determine who an elector votes for, as each person casts his/her ballot behind a screen. In the absence of agents, one elector may be chosen, on his/her request, to represent each candidate.

Agents or observers representing candidates may, with the permission of the presiding officer, leave and and return to the polling station at any time before one hour previous to the close of the poll. No more than one person at any one time shall be entitled to perform the functions of outdoor agent for any candidate at any one polling station and, for the purpose of monitoring the extent of voter turn-out on election day, the outdoor agent shall be stationed not less than 20 yards from the polling station. At the end of polling activities, the agent is also present during the counting of votes.

The Candidate – This is the person seeking election to the House of Representatives. He/she has already been officially nominated and Electors are able to vote for him/her as their Member of Parliament. No candidate and his agent shall be in the same polling station at the same time for more than five consecutive minutes.

The Elector – This is any person whose name is on the official voters list being used for a particular election. Registration for the current voters list ended on November 30, 2015. In order to be an elector, you must:

According to the Representation of the People Act, some people are incapable of being registered as electors and are disqualified from voting at an election. They include: