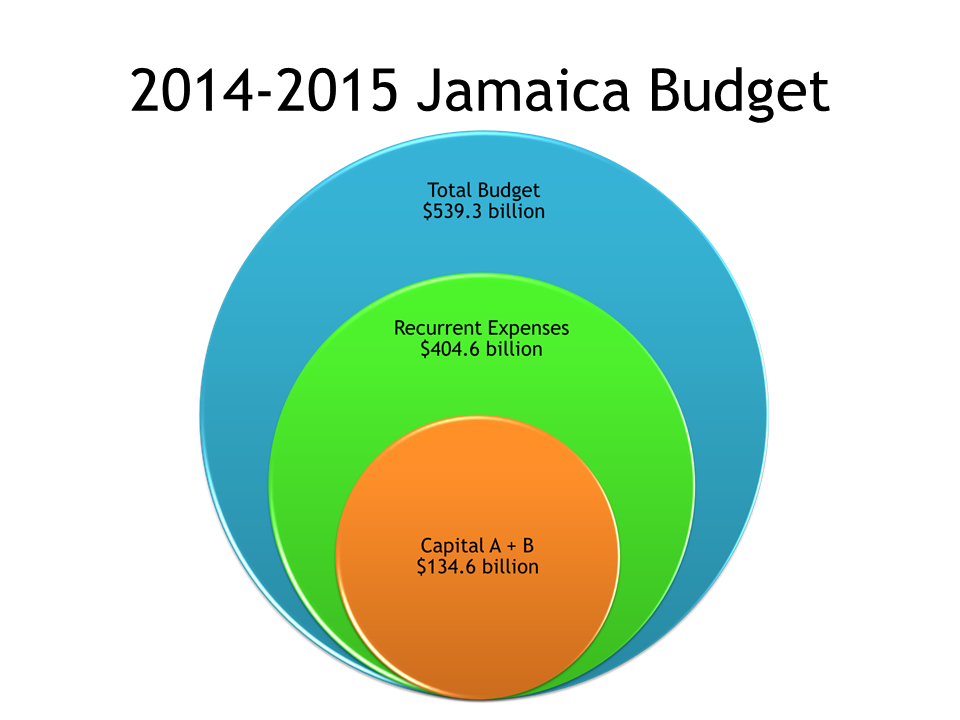 The National Budget for FY 2014/2015 was tabled last month in the House of Representatives by Finance Minister Dr Peter Phillips. Every year this is done around the same time but come next year due to to the implementation of the IMF required Fiscal Rule this will have to be done some time before March 31, which marks the end of the fiscal year.

During ‘budget season’ the following words are usually seen or heard in the news or during the budget debate presentations: Recurrent Expenditure, Estimates of Expenditure Capital A and Capital B.

But do you really know what they mean?

Find below brief definitions to help you along if you choose to peruse the entire budget. If you decide you want to diG the budget in its entirety, it can be found here.

2. The second chart is a pie chart, it shows the percent allocation of total recurrent expenses to most of the socially important sectors. From the 2014/2015 recurrent budget a whopping 33% will go towards Debt servicing, while only 19% is to be spent on Education, 9% on Health and 3% on National Security. 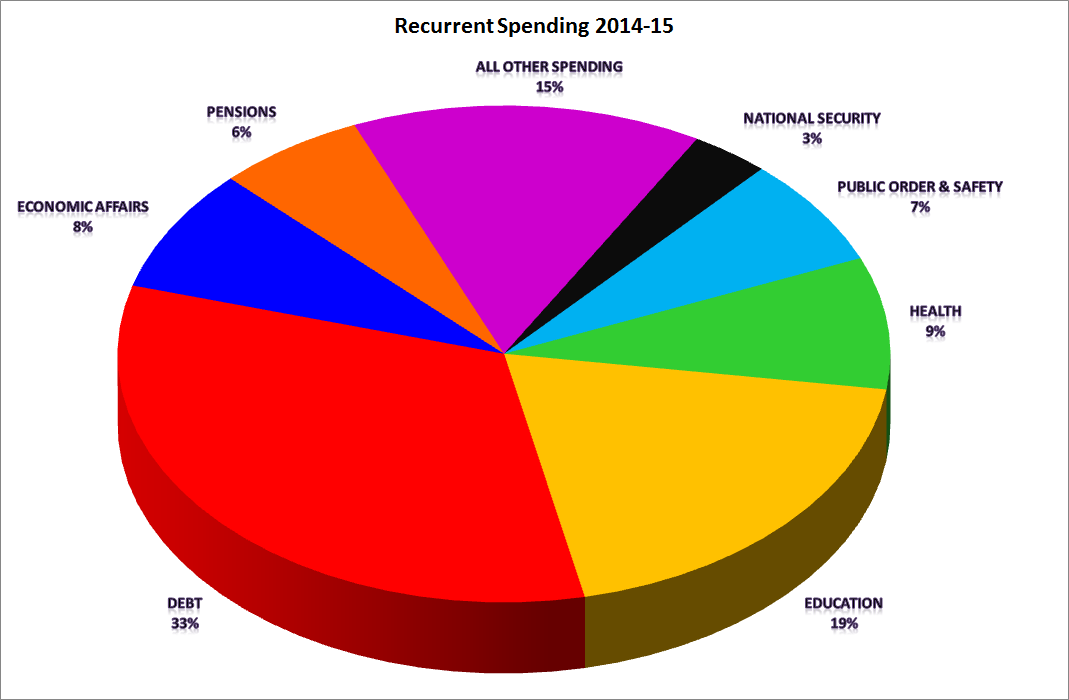 3. The third chart is a column chart. The chart clearly shows that there has been a 6% decline in the money allotted to be spent on Education in Jamaica for the FY 2014-2015.

4. The fourth chart is a pie chart. The chart shows that only 15% of the national budget is allocated for Education for 2014-2015. 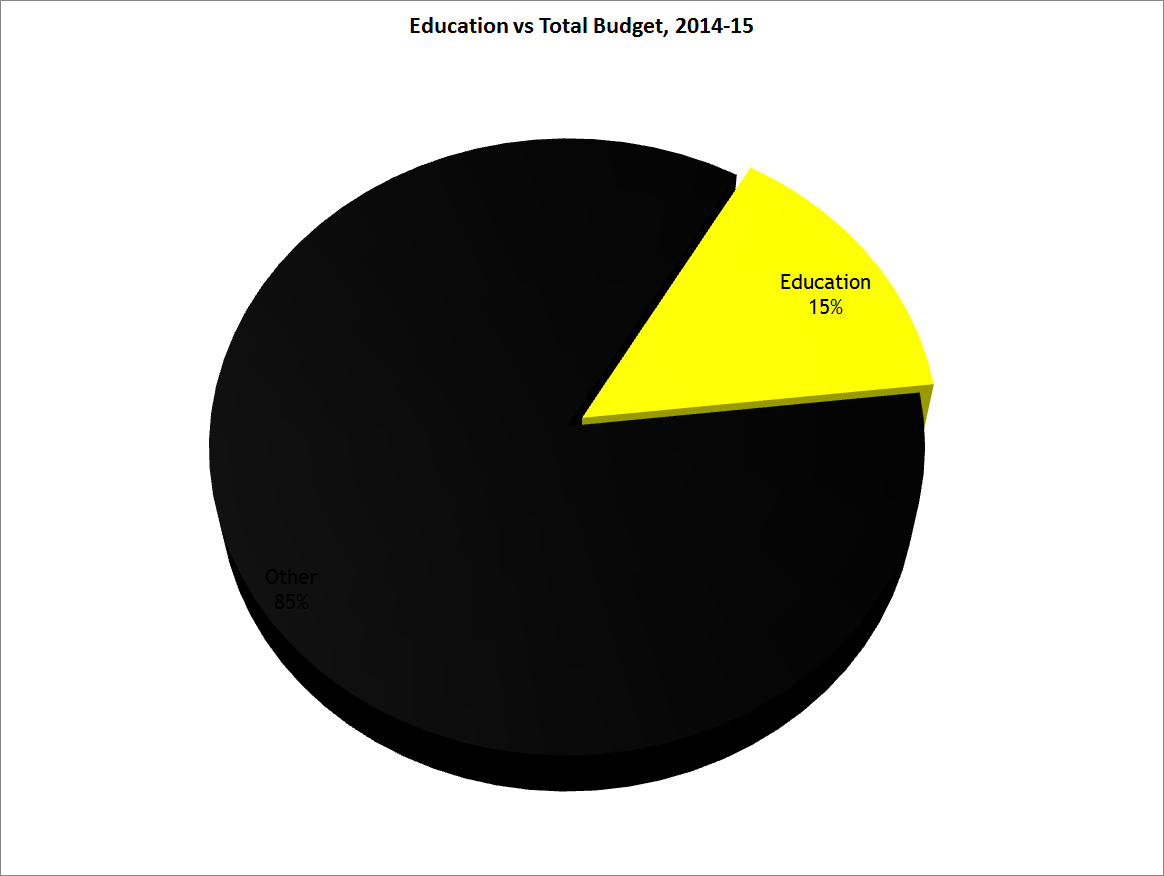 5. The fifth chart is a pie chart. The chart shows that a big chunk of the money to be spent on recurrent expenses will go towards servicing the countries debt and paying loan interest charges. 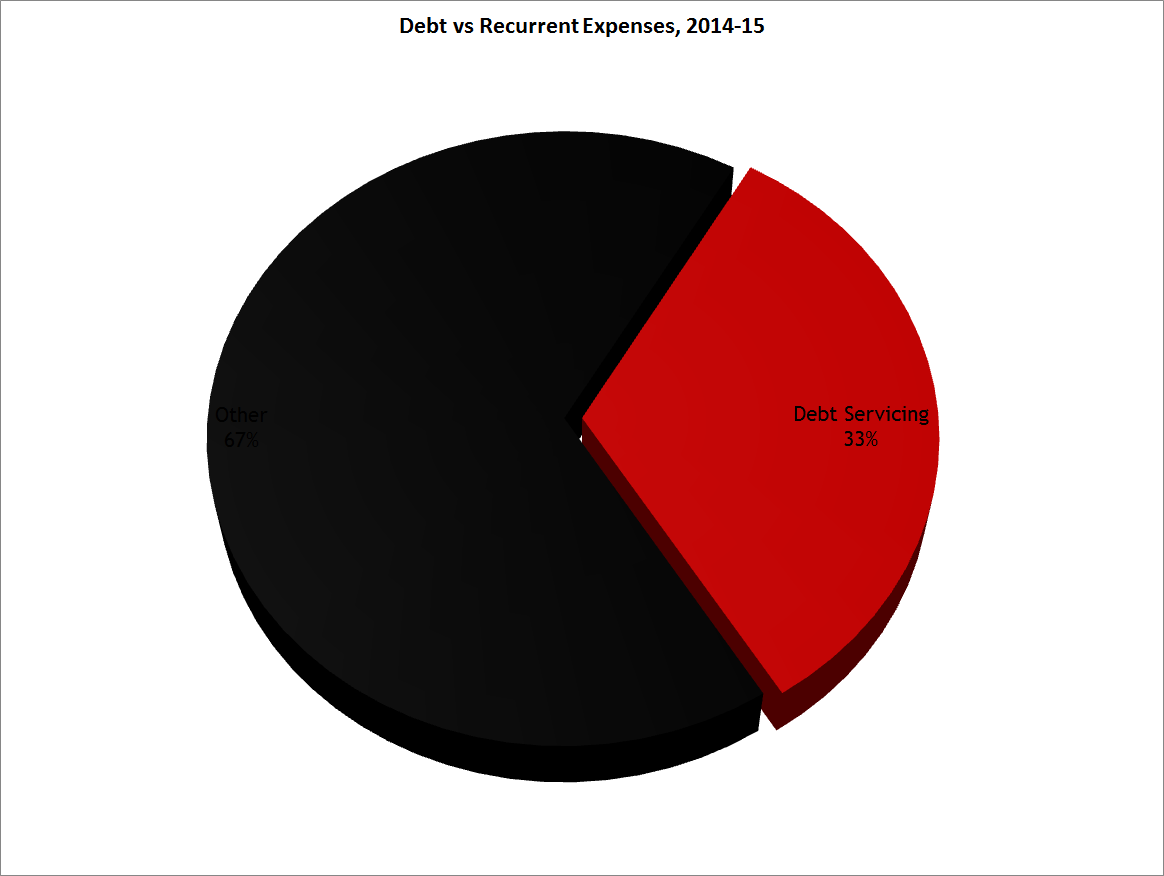 6. The sixth chart is a pie chart. The chart shows that of the $539.3 billion dollar national budget only 7% is to be spent on Health. 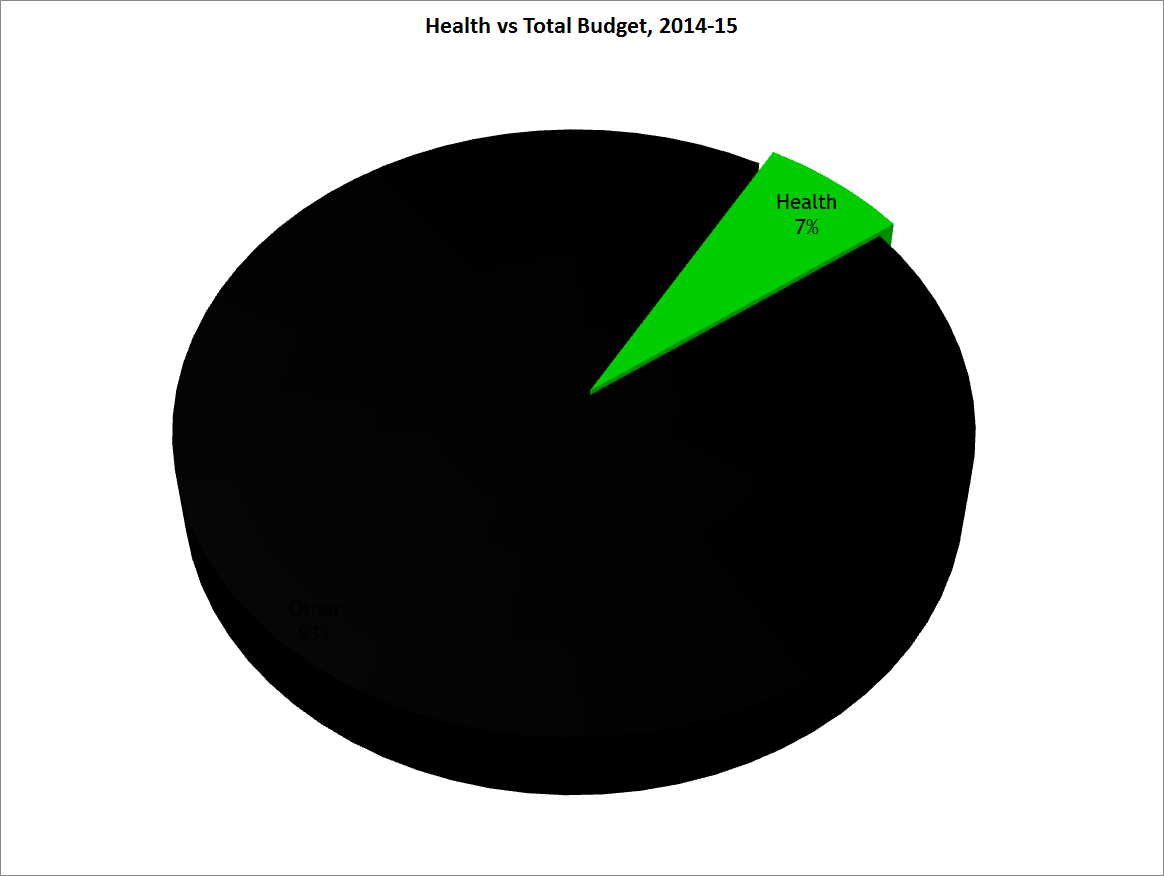 7. The seventh chart is a pie chart. The chart shows that only a mere 3% of the national budget is allocated for the maintenance of law and order and protect Jamaica against internal and external threats among other things. 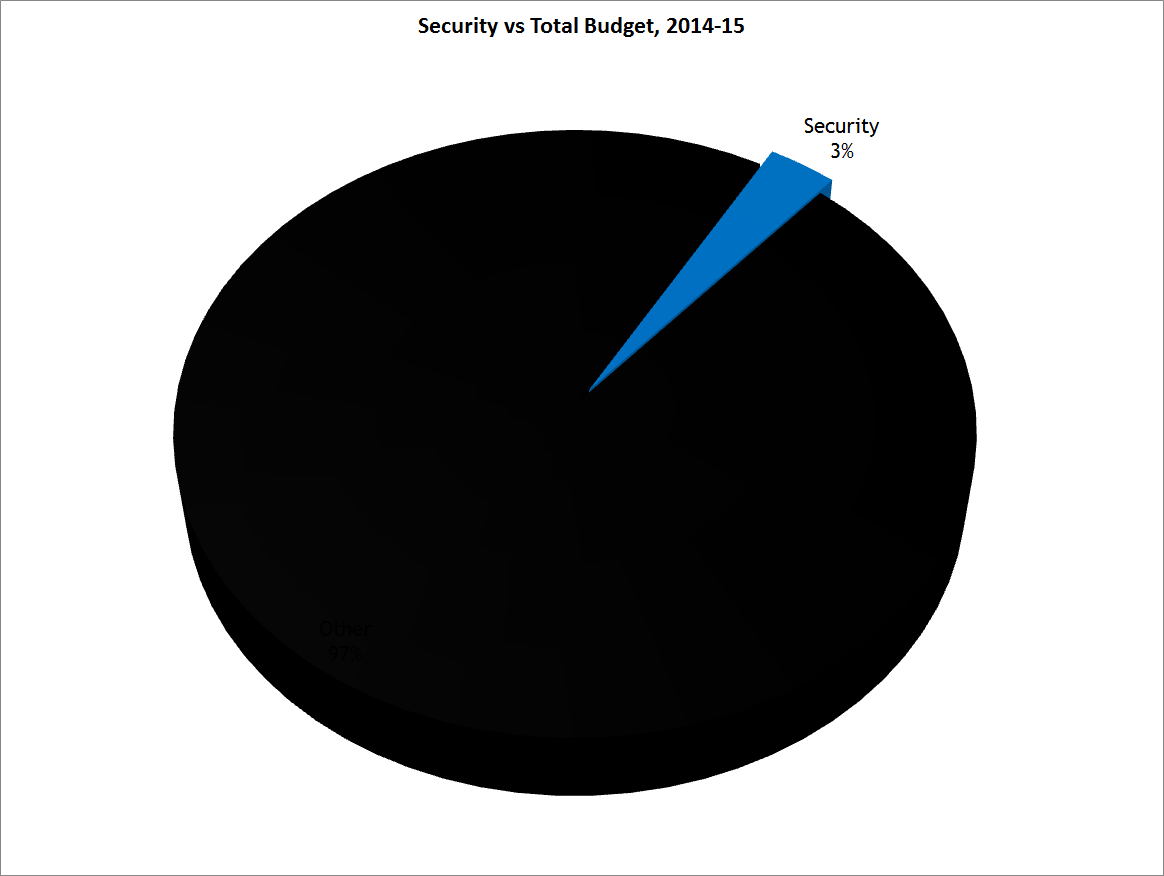