As we continue to celebrate Teachers’ Day, here is a brief profile of the island’s teacher training institutions. 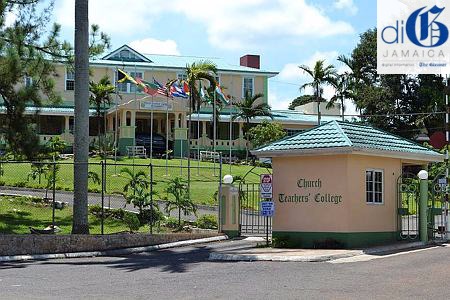 Bethlehem Moravian College, which is situated in the parish of St. Elizabeth, in the cool hills of Malvern at the Peak of the Santa Cruz Mountain, was established in 1861 under the auspices of the Moravian Church in Jamaica. Over the years, Bethlehem has been one of the foremost tertiary institutions offering quality teacher education programmes to young Jamaicans. Bethlehem started as a female institution and has since become a coeducational one with a rapidly growing population. Recently it has become a multidisciplinary institution to mould the lives of young Jamaicans into the 21st Century.

Catholic College of Mandeville (CCM), founded by the late Bishop Paul Michael Boyle, CP in 1992, was established to assuage the increasing demand to upgrade the teaching skills of Jamaican educators. Cognizant of the fact that many teachers, pre-trained and post, were unable to fund their education, Bishop Boyle endeavoured to ensure that the college would be accessible to everyone through the formula of affordable tuition costs plus quality training.

This formula has been a success as within the first year of 1993, 18 students occupied one classroom at the college’s previous location, Mount St Joseph Preparatory School for one-and-a-half years, then St Paul of the Cross High School, for some time. For the subsequent years, CCM continued to see an increase in enrollment, additions in faculty and staff and recognition from various private and educational boards and institutions in Jamaica. In 1995, CCM was approved by the Catholic Church and registered with the University Council of Jamaica in 1997. The college received accreditation and re-accreditation status of two of the main programmes offered by the college: Diploma in Primary Education (2001, 2005) and the Bachelor in Education (Primary), (2005, 2010).

Church Teachers’ College began in September 1965 as Mandeville Teachers’ College, with 75 students, twenty-four of whom were men.  The institution was established with the blessing and authority of the Rt Rev Percival Gibson, then Bishop of the Anglican Diocese of Jamaica.  The moving figure to obtain the facilities for a College of Education in Mandeville at that time was the Rt Rev Benjamin Vaughan, Bishop of Mandeville. He was the first chairman of the Board of Management, and he ensured that benefactors like the Kerr Jarrett family, Dr Herbert Morrison and the Ministry of Education were convinced of the value of the College to the community and the island in general.  Bishop Vaughan remained a faithful friend and benefactor of the College until his death in 2003.

The College began with 25 pre-service teachers in the Primary Programme and 50 in the Secondary Programme.  As the institution grew, it increased the number of Secondary Teachers and eventually became the only institution in the island which focused on the training of teachers for the age group 12+ to 17+. Later, post-certificate students in both Primary and Secondary areas were trained and since the dawn of the 90’s the College has also trained University Graduates who wished to pursue professional qualifications with a Diploma in Teacher Education.  Today, the College is on track to begin to prepare students for a degree in Secondary Education.  From the outset, the College has been a member of the Joint Board of Teacher Education (JBTE) at the University of the West Indies which sets the programmes and certifies its Diploma.

The property on which the Moneague College is located in St Ann was first known a Rose Hall when purchased by its original owner, John Hutchinson, an Englishman. Hutchinson left Rose Hall to his two daughters and stipulated that it would be the legacy of his grand children. In the late 1800s, the sisters failed to pay taxes on the property. The ensuing years saw the property taking on many functions namely, as a hotel to house visitors to an Agricultural exhibition in the early 1890s; later as a juvenile camp for wayward girls and during World War II, as a solider camp.

In response to the growing need for education and training of primary school teachers, Moneague opened its door as an educational institution in 1956. Dr Aubrey Phillips was the first principal of the institution. Opened with 104 students, demand enrollment to 626 by 1978. Initially, the college concentrated on teacher training in Primary and Early Childhood Education, but as demand increased, training for secondary school teachers was added. In 1981, a three year intra-mural training course was added to the curriculum.

The college was closed in 1985 but reopened in 1987, with a new focus: the training of a group of teachers who held trained teachers’ certificates. The college effectiveness as a teacher training institution was reflected in it gaining the esteemed DRB Grant Award for the highest achiever in Early Childhood and Primary Post Certificate Training for four consecutive years. The college earned the award six times in the ten yea run of the programme. In 1993, the college evolved into a multidisciplinary institution, this time, a community college was added. An evening institute was also established in the same year.