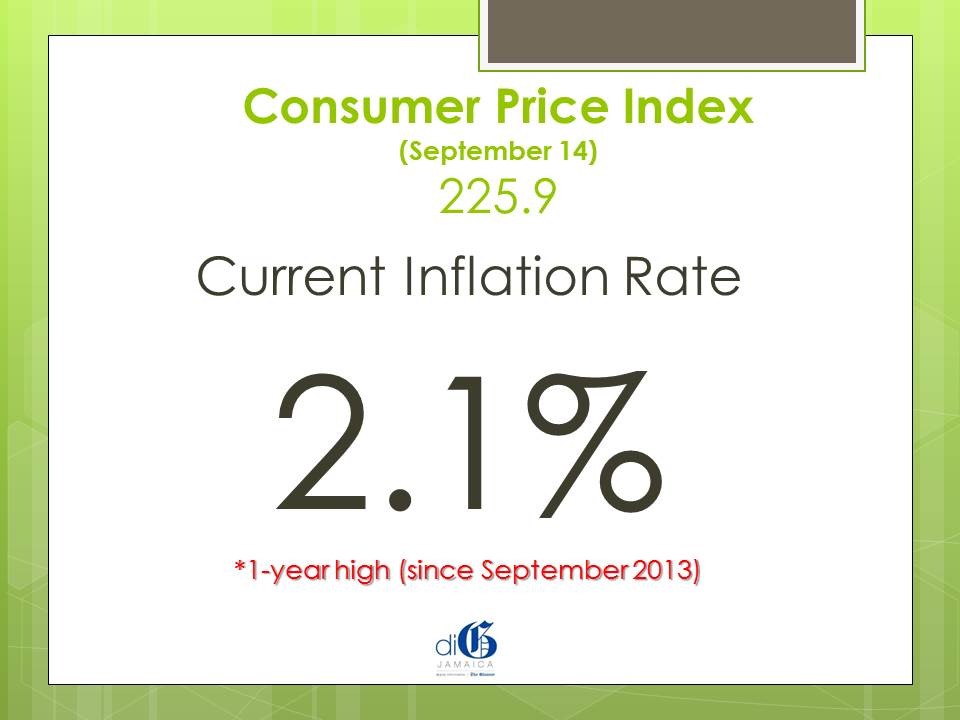 According to the Statistical Institute of Jamaica’s (STATIN) ‘Consumer Price Index’ report the inflation rate for September was 2.1 per cent. September’s inflation rate is the highest month-over-month inflation recorded since September 2013.

The Statistical Institute cited an increase in the cost of bus fares and rise in school fees at the beginning of the year as the main driving force behind September’s inflation rate.

As at September 2014, the inflation rate for the calendar year-to-date was 7.2 per cent.