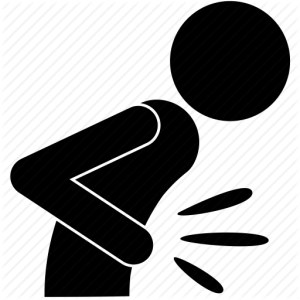 Emergencies are emergencies. They can catch you anywhere anytime, completely unexpected. One of the most dreaded of these emergencies is what Jamaicans refer to as ‘running belly’. You hear the term ‘running belly’, and maybe a cartoon images of well-built abs in a race against each other come to mind. That’s not what we mean. ‘Running belly’ is the Jamaican lingo for diarrhoea. It’s what Americans and Brits would call a ‘runny tummy’ or ‘the runs’. Since storytelling is a huge part of our culture, it stands to reason that when in the company of family and friends, stories of the most embarrassing running belly experiences we have had (or witnessed) will just somehow pop up – usually to much laughter. Here are some of the funniest running belly stories we have heard (some told in the Jamaican vernacular).

Down with the dumps at Portmore Mall

My running belly ketch me on a bus on my way to Portmore from Kingston. I had to come offa the bus at Portmore Mall, which wasn’t even my stop, and run for the bathroom. You know how you normally clean off the seat for public toilets and alla that? I never have time! I was in too much of a hurry. I just burst into the bathroom and headed for the closest empty stall. I was in there when one of the cleaning ladies came in to ask, ‘Yuh alright? Your [underclothes] clean?’ I barely had the strength to answer yes. The lady was sorry for me because she saw the speed at which I bolted for the bathroom, and she probably smelled that I had a serious emergency.

Firing shots in the neighbour’s house

The most embarrassing case of running belly is always the one weh ketch you inna other people house. That happened to me when I was visiting my neighbours down the road. I asked to borrow their bathroom. I never plan for what happened next. It was a fart that turned into sputters and stutters. The running belly ketch me on the toilet. And it hold me there till enough time pass for everybody to know that I was in there doing a number 2. I got up to flush, and is more sh.. that come. I had to just sit down and let nature take its course. The house was concrete, but not soundproof. When I finally flushed and came out of the bathroom, I only hear my neighbour son say, “Finally!” Followed by: “A wha kinda shot dem deh you did a fire?” and “Mek sure yuh open the bathroom window”. And everybody burst out laughing. I was so embarrassed. But I couldn’t do anything more than laugh too.

Boiling and bubbling on a plane

This happened to my aunt. She was on her way home on a plane from Miami, and realised halfway through the flight that her belly was ‘boiling and bubbling’. She knew she needed to use the restroom urgently. So she got up and started to make her way to the restroom at the back of the plane.

She almost made it.

She had the most embarrassing accident of her life right there in the aisle between two passages full of strangers. My mortified aunt was so embarrassed, she pretended to pass out and had to be helped to a seat at the back of the plane. A flight attendant helped her to clean and change, then my aunt pretended to be too faint and in too much pain to understand what was going on around her until the plane landed. She waited till everybody else left the plane before she was wheeled outside and into my cousin’s waiting car. She was so embarrassed, she cried. To this day, she won’t laugh about it … but we do.

I was on my way home to Jamaica from Mexico. I had three separate connecting flights and plenty of layover hours in between. For the first leg of the flight, I was served a meal of rice and chicken. This was actually in first class. I remember eating the rice and thinking it tasted a little off. It didn’t taste too fresh to me. But then, I didn’t make anything out of it because airplane food is never really the best anyway. So that was that.

Just how ‘off’ that food was  didn’t hit me till I was sitting in the lounge waiting for my connecting flight two hours later and realised that my belly was beginning to get roiled up. I had to grab my one-piece carry-on – cause I couldn’t leave it unattended; since terrorism, people don’t watch luggage for you like that anymore – and drag it to a bathroom. I was lucky enough to reach, clean off a toilet with a wipes, make myself a seat that was very well-cushioned with lots of tissue, and then spent the next three hours sitting there, just emptying my bowels and thanking God that I had enough layover time to spare me the embarrassment of having to deal with this on a plane.

By the time my flight was ready, so was I. But the sounds and smells I left behind me – well, let’s just say I was happy to not carry those on the plane with me to Jamaica.

Commando for a day

The worst case of running belly I ever had was in high school. My grandmother gave me a glass of green juice before I left home. I never even asked a question. I just drank it and ran off. Is when I was in class about an hour later that I began to feel my belly bubbling up. I asked to be excused and went to the bathroom. No tissue. Things were getting intense, so I desperately ran to the nurse: ‘Nurse, you have any tissue?’ She gave me some, but told me to not come back. I ran to the bathroom and did my business. When I was done, I tried to flush. Nothing. I stood there trying to get the bathroom to flush. Nothing. So I left it, went to wash my hands and went back to class.

Not long after I sat down, I felt it coming again. And I knew there was no tissue in the bathroom and that the nurse told me not to come back to her, so I asked a classmate for tissue. He gave me a little bit of tissue. While I was in the bathroom, some older girls came in. ‘Are you OK in there?’ they asked. I didn’t answer. They persisted. ‘What’s your name? What form are you in?’ I knew better than too answer.

I waited until they were gone. And then, when I was ready to clean up, I realised I didn’t have the tissue. I must have dropped it in my haste to get to the bathroom. So there I was, stuck in the bathroom, wondering what to do. And trying to get out before those older girls came back. I eventually had to use my [undergarment] to get the job done. And then, I just went commando for the day. It was the most embarrassing day of my life.