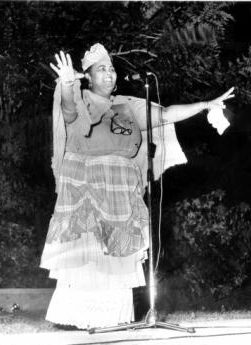 Folklore is the traditional stories and beliefs that are passed down in a society from generation to generation, mostly through word of mouth. Jamaican folklore involves many spirits or mythical creatures that haunt people for various reasons.

Folklore is extremely important to our society, because of the diverse functions that these tales serve. Folk tales offer an exciting escape from reality and allow new generations to learn and adapt to the beliefs and culture of those before them. Another function of some Jamaican folklore, is to discipline children, and the secret enjoyment that is gained from scaring them with exciting creatures.

Folklore like the Anansi stories, originated in Ghana, West Africa, and were brought to Jamaica by the Ashanti slaves. From these early beginnings, various stories have been passed down from generation to generation and have established themselves as an integral part of Jamaican culture. Children learn about them in schools and families continue to pass them down through oral traditions.

Believe it or not however, Jamaican folktales are slowly becoming forgotten in today’s society. This is as a result of the rise in multitudes of new entertainment, including television and the internet. In the past, folktales were used by our ancestors for entertainment and a leader or “storyteller”, often the eldest in the village, would describe these interesting legends to his listeners.

Jamaica has a culture rich with folktales that you might or might not know about. Very prominent figures include:

There are many Jamaican writers that use their craft and talent to preserve these Jamaican legends including:

Now that you have a background knowledge on Jamaica and its folklore, there will be more articles with specific focus on each folktale listed above. The next article in fact, will be featuring the raging, roaming, Rolling Calf.