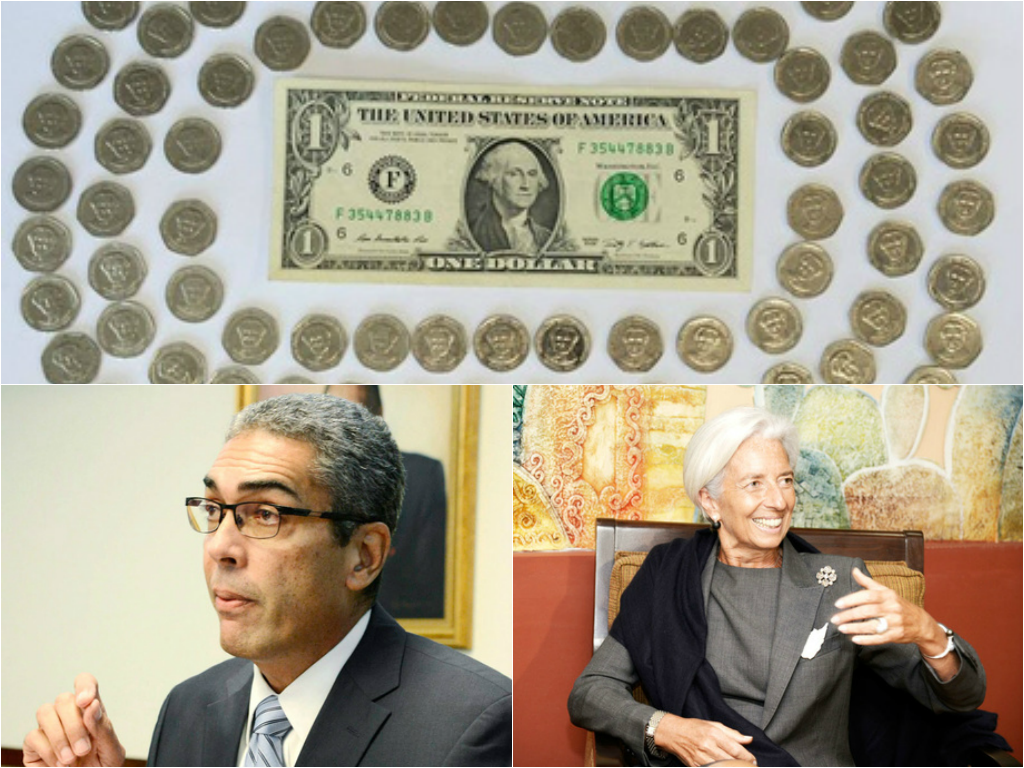 The decline represents a 13% depreciation in the selling rate since the approval of the IMF Agreement on May 1, 2013, when the Jamaican dollar traded for an average J$99.33 to US$1.

Co-chairman of the Economic Programme Oversight Committee (EPOC), Richard Byles has stated that there needs to be a further 5.5 per cent depreciation in the value of the Jamaican dollar against the United States banknote for the country to remain competitive. Read the full story.

On the other hand the International Monetary Fund (IMF) staff has said that the Jamaican dollar still needs to be depreciated by between 3% and 15%. Read the full story.

For more information about the role of the exchange rate under the IMF program check out our IMF Special Report. Fueled by research, it is the first and only online information portal about Jamaica’s relationship and interaction with the IMF, providing valuable news, data, timelines and resources.