‘Christmas breeze’, Jonkunnu and Christmas fruit cake are Christmas traditions that are uniquely Jamaican and diGJamaica.com is highlighting one a day in the Jamaican Christmas blog series. Each day we will highlight a historical fact, food or tradition that are related to the special season.  We would also like to hear from you, so send your comments or tell us your favourite Christmas memory in the comments section. 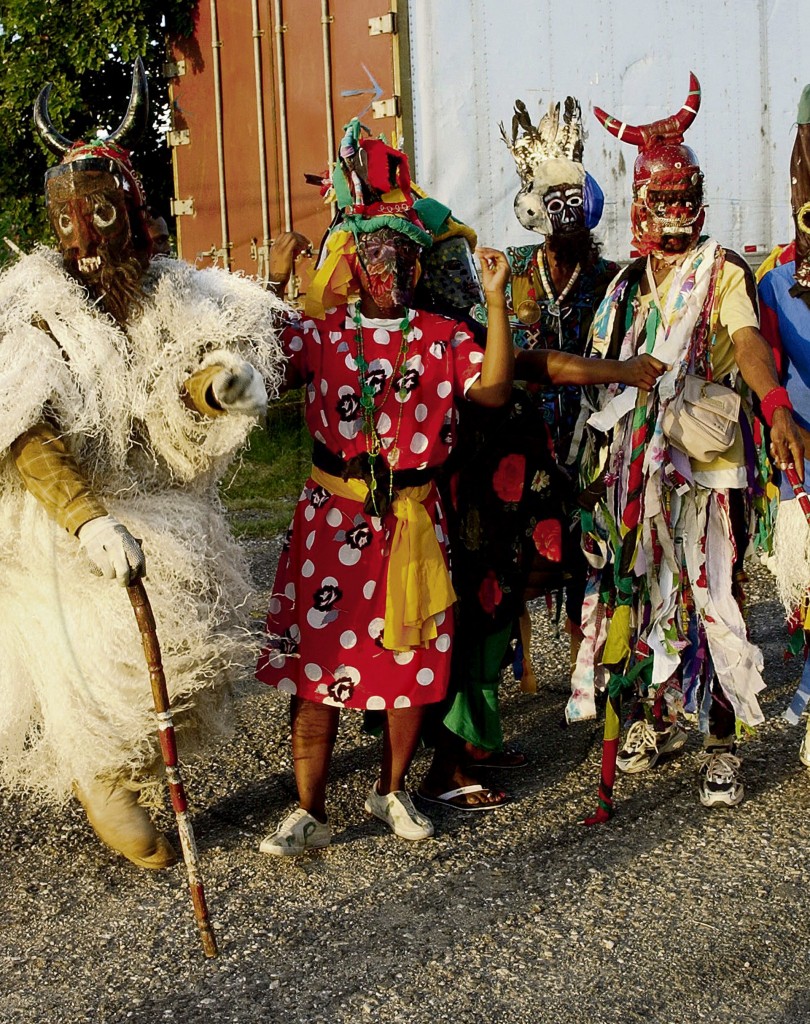 Jonkunno, or John Canoe, is one of the most popular retentions from Jamaica’s colonial past that blends the masquerading styles of both Africa and Europe. Men dressed in colourful elaborate costumes would parade through the streets during Christmas and Independence to the delight of curious onlookers. Adults and children alike would run away screaming when characters like ‘the Devil’ would jab at them with his fork.’  The dance group would include musicians who would play rustic instruments like drums, rattler and fife as they walked among the costumed characters.

Jonkunno is infamous for the elaborate costumes based on characters inspire a strange combination of reactions ranging from genuine howls of terror to squeals of delights from the young and the young at heart. Here is a list of the characters:

Each character has a special role and sometimes a special dance to perform. For example, Bellywoman – often a man dressed up as a pregnant lady – always created laughter when by exaggerating the belly in time with the music. Characters often interacted with one another and the music of the drums and fife causing many an onlooker to dance along with the band.

Visit this link on diGJamaica.com for more on Celebrating Christmas Jamaican Style