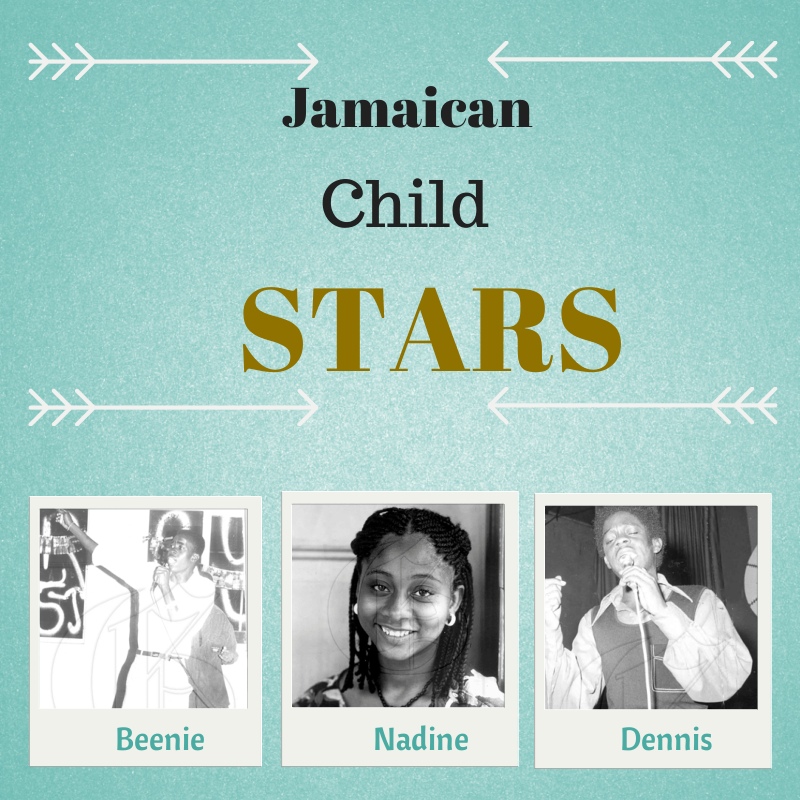 When people hear the words ‘child star,’ they generally think of American celebrities such as Michael Jackson, but Jamaica has produced its own share of pint-sized stars over the years. We bring you this list of Jamaican child stars, who have managed to grow from success to success in their chosen fields. Bear in mind that UNICEF defines a ‘child’ as a person up to 18 years of age.

Alaine – Many older Jamaicans will remember Alaine as the little girl with the angelic voice from the popular 1990s Victoria Mutual Building Society ad, but she had actually made her debut a few years earlier in the movie Clara’s Heart, starring Whoopi Goldberg and Kathleen Quinlan. Following the VMBS ad, Alaine went on to host a show called ‘Vibrations’ on Jamaica Broadcasting Corporating (JBC) – now Television Jamaica (TVJ). She was also a part of the Folk Singers. After a stint in banking in the US, Alaine moved back to Jamaica in 2004 and made a huge splash with the hit single No Ordinary Love. Prior to that, she had written songs for a few American artists and sung hooks for Roc-A-Fella rapper (‘Live My Life’) and Def Jam artist Yeo (‘Music Inspired by Scarface’). Alaine has released a slew of hits, including Sacrifice, Heavenly, Rise in Love and You Are Me. She was recently announced as a new judge on the TVJ talent show Rising Stars.

Alia Atkinson – In her first swimming race at the tender age of three, little Alia Atkinson stopped in the middle of the pool and began to cry. Today, that incident serves as a source of inspiration for the swimmer who just missed out on a medal in the 100m breaststroke at the London Olympic Games in 2012. Competing for the local Tornadoes Swim Club, Atkinson first made the CARIFTA team at age 11 and since that time making waves on the international scene has been a consistent feature of her presence at any meet. She even made the 2004 Olympic team at 15 years old, competing in the 50m breaststroke event. Atkinson is the current holder of a number of national records, including the 50m and 100m breaststroke. She has gone on to win gold medals at World Championships in 2014, 2016 and 2018, becoming the first black woman to win a world swimming title in 2014.

Yohan Blake – Before he became ‘The Beast,’ young Yohan Blake’s speed was discovered while playing cricket at St Jago High School and was encouraged to turn to the track. He still harbours dreams of playing for the West Indies one day, but he is currently enjoying his success as the second fastest man alive, behind compatriot Usain Bolt. Blake became the youngest person to break the 10-second barrier in the 100m sprints at the age of 19, but before that, he lit up the National Stadium track at the ISSA Boys and Girls Champs and set the national record of 10.11 seconds at the 2007 CARIFTA Games in the Turks and Caicos Islands. Since those days, he has gone on to win a gold medal at the 2011 World Championships in Daegu, South Korea, a silver medal in the 200m and 4x100m relay gold at the 2012 London Olympics.