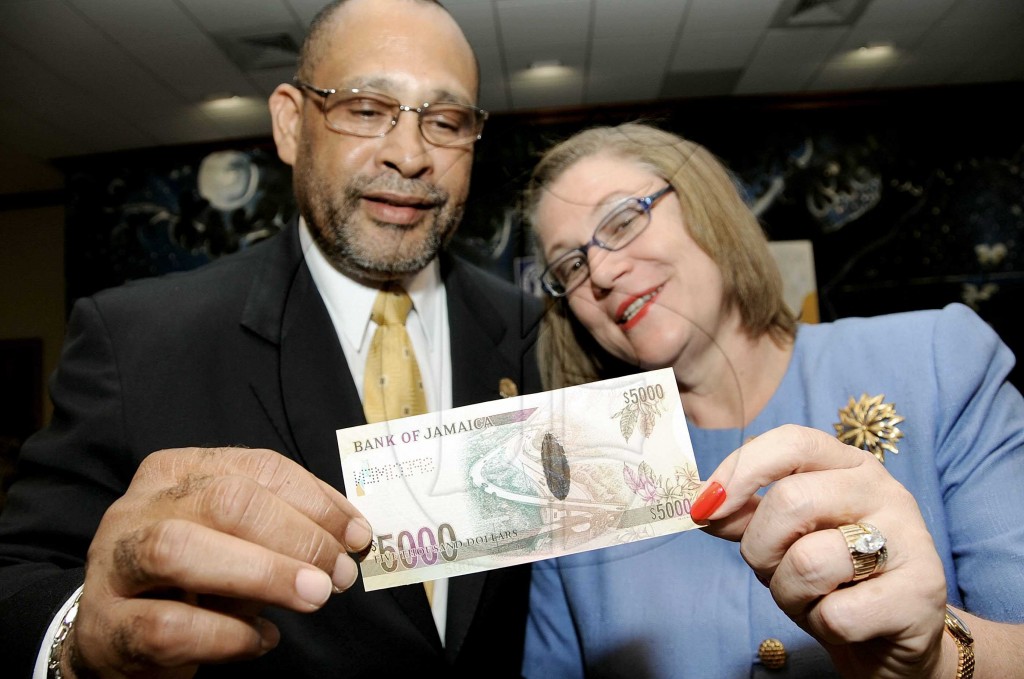 Former governor of the Bank of Jamaica (BOJ), Derick Latibeaudiere and Professor Denise Eldemire-Shearer look at the new $5,000 note, which was launched on May 18, 2009. The note was issued as move to celebrate the life of Rt Hon Hugh Shearer, who served as Jamaica’s third Prime Minister from 1967 to 1972. Hence, it is commonly referred to as the ‘Shearer.’

Read more about the Prime Ministers of Jamaica at diGJamaica.com.