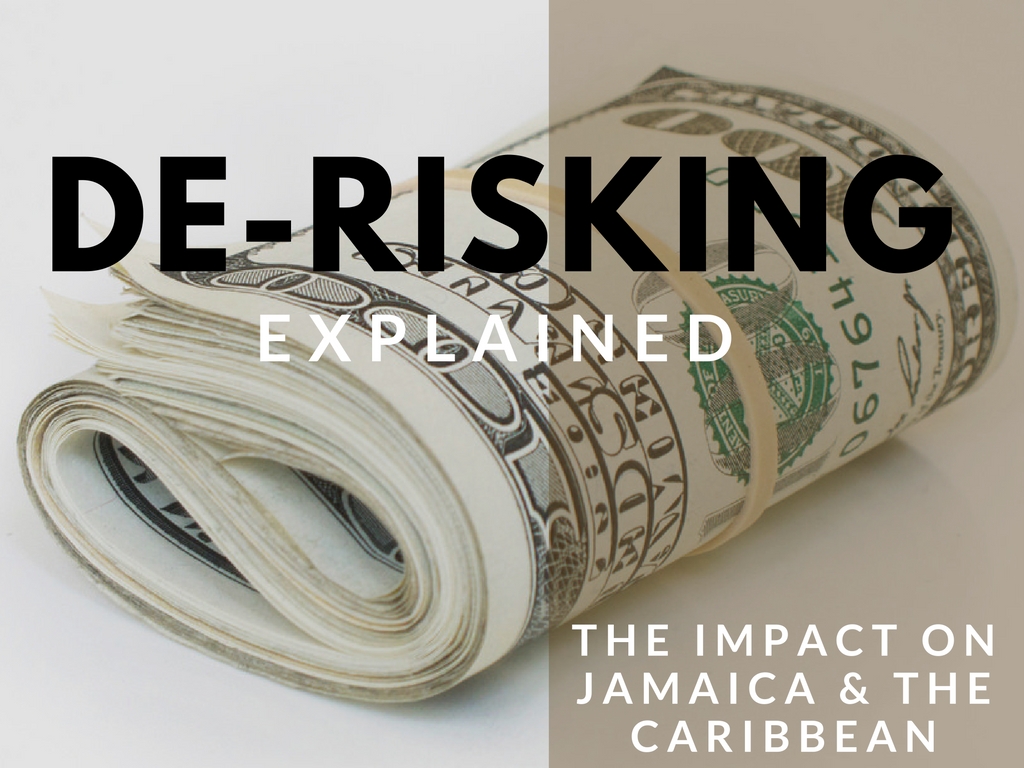 There has been much talk about de-risking in economic circles recently, centering especially around the impact it will have on Jamaica and the wider Caribbean region. The consensus from these groups seems to be that if left unchecked, the practice of de-risking can negatively affect the small regions and businesses globally.

Here are a few key facts you should know:

1. According to The World Bank, de-risking is “The phenomenon of financial institutions terminating or restricting business relationships with clients or categories of clients to avoid, rather than manage, risk.” (Find out more about de-risking in our article explaining what it is and why banks do it.)

2. De-risking cemented itself as an ’emerging trend’ in 2016 when it became clear that large banks and financial institutions were becoming increasingly unwilling to venture into relationships with certain categories of customers that they perceived to be ‘high-risk’, whether they were companies, persons, whole countries, or other banks.

3. As members of one of the smaller regions of the world, Jamaican and Caribbean stakeholders have – individually and collectively – spoken out about de-risking because this practice could adversely affect their businesses, reputations, and livelihoods.

De-risking in the news

Here’s what different organisations have been saying in the news about de-risking:

Christine Lagarde, managing director of the International Monetary Fund, has emphasised the importance of correspondent banking relationships to small states:

Lagarde likened correspondent banking to “the blood that delivers nutrients to different parts of the body” and that “it is core to the business of over 3,700 banking groups in 200 countries”.  (De-Risking Could Affect Caribbean People’s Livelihood, The Gleaner website)