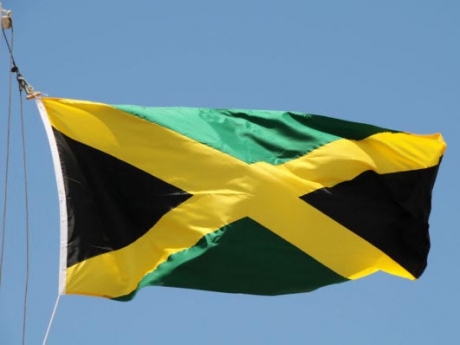 Below is the text of the official press release from the Jamaica Bobsleigh Federation on the team’s qualification: 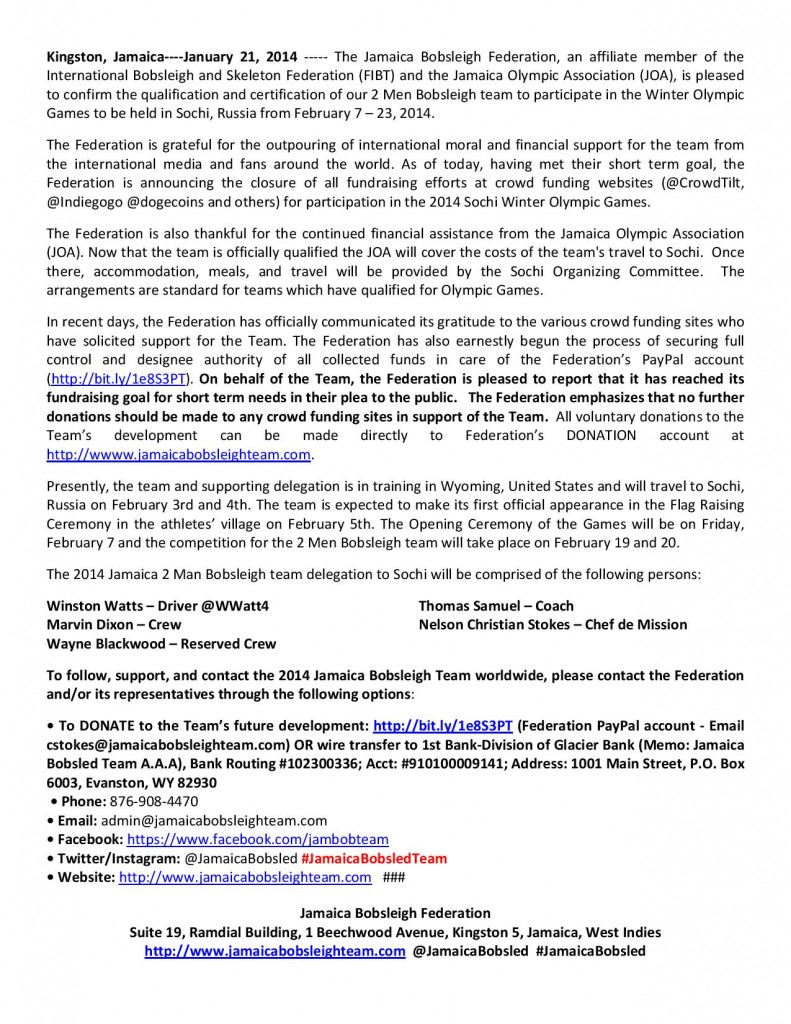 Below is the text of the official press release from the Jamaica Olympic Association (JOA) on the team’s qualification:

The Jamaica Olympic Association (JOA) congratulates our 2 Men team which has qualified to participate in the Winter Olympic Games to be held in Sochi, Russia from February 7 – 23, 2014.

The good news was announced today by the International Bobsleigh and Skeleton Federation (FIBT) and once again, the pride of the country is with our athletes who continue to blaze the trail.

The team to Sochi consists of:

The JOA, through its solidarity programme, has given significant financial assistance to the Jamaica Bobsleigh Federation which has been used to enable the team to qualify for the Sochi 2014 Winter Olympic Games.  All travel costs of the team from Salt Lake City (USA), Calgary (Canada) and Kingston, Jamaica to Sochi are covered by the JOA and Sochi 2014 Organising Committee.

As is customary, all local expenses including accommodation and transportation are met by the Organising Committee for the Games.

The Chef de Mission is scheduled to arrive in Sochi on February 3 and the team will arrive on February 4. The first official event will be the Flag Raising Ceremony in the athletes’ village on February 5. The Opening Ceremony of the Games will be on Friday, February 7 and the competition for the 2 Men Bobsleigh team will take place on February 19 and 20.

The Bobsleigh Team last competed in the Winter Olympic Games in Salt Lake City in 2002.