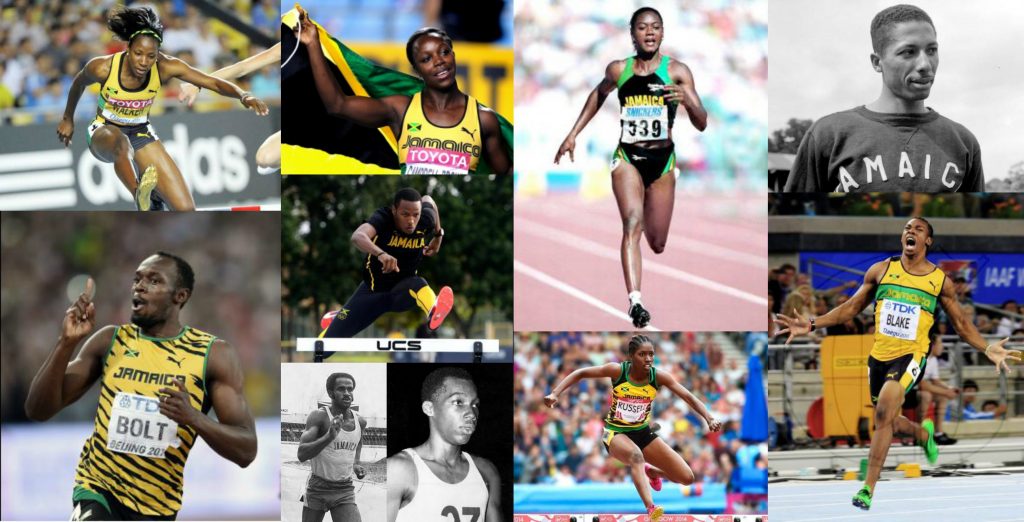 Ever since Team Jamaica’s exploits at the 2008 Olympic Games in Beijing, China, people from around the world have been wondering what is the ‘secret’ to our success. To some, we just ‘came out of nowhere’ to displace the mighty USA as the kings and queens of the track, and our ‘sudden rise’ has caused those who don’t know better to think our athletes are consuming more than yam, if you catch my drift. But we know better. In fact, we knew it would only be a matter of time before Jamaica would ascend to the top of the podium, because many of us watched these same athletes carry their schools on their backs at the annual ISSA/GraceKennedy Boys’ and Girls’ Athletics Championships for years.

Champs, which had its 106th staging earlier this year, is the oldest high school athletics competition in the world. The multi-sport event takes place over four days, and features intense competition amongst athletes from about 150 secondary institutions, duking it out for titles in disciplines such as the sprints, long distance races, relays, long jump, triple jump, high jump, discus, shot put, and heptathlon. Over the years, many of our high school stars have been recruited by American colleges and universities, which has not only given them the opportunity to achieve higher education, but continue their training. After college, or even while in school, many have gone on to represent Jamaica at the highest levels – the IAAF World Championships and the Olympic Games.

But what is it about Champs that breeds so many world class athletes and world beaters?

Renowned sportsman and journalist Lindy Delapenha, himself a former Champs icon, is said to have once called Boys’ Championships a ‘mini-Olympics,’ and it became an even bigger deal in 1999 when it was merged with Girls’ Champs. Usain Bolt has also said that winning a Champs medal is akin to winning at the Olympics. This is not a little meet where everyone’s a winner and fans just want to have a good time. No siree! School pride is on the line here. Many schools are bitter rivals and scores must be settled. Challenges must be thrown down for the next year. Winning streaks must be established or defended – or broken, if it’s not your school. Victory margins have been as narrow as half a point, believe it or not.

Even the fans are intensely involved in the tussle, with various sections of the National Stadium virtually reserved for supporters of the top schools through years of tradition. And on top of that, many of the athletes are hoping to catch the eyes of scouts from overseas colleges in the hopes of receiving scholarships. Athletes get to experience the realities of competition, build a reputation, and learn to cope with or rise above crippling pressure akin to what they will face on the international stage.

A long line of champions

If Champs is 106 years old, and we have been participating in the Olympics since 1948, it stands to reason that most of our athletes have passed through the system. Our very first Olympic medallists, Arthur Wint and Herb McKenley, were Calabar High School athletes (Wint later transferred to Excelsior High School). Wint was a Champs star, McKenley not so much. But his talent helped earn him a scholarship to Boston College, and he moved on to the University of Illinois where he really started to shine. He would become the first Jamaican to win three medals at the same Olympics (Helsinki 1952), and he set several world records over the course of his career.

Many of the athletes who have brought us international success were Champs stars in their day. The list includes Donald Quarrie, Lennox Miller, Merlene Ottey, Juliet Cuthbert, Beverly McDonald, Grace Jackson, Bert Cameron, Winthrop Graham and Sandie Richards, alongside recent or current stars such as Melaine Walker, Veronica Campbell-Brown, Michael Frater, Kerron Stewart, Yohan Blake and the big man himself, Usain Bolt. Others who have risen to prominence had negligible Champs careers, but would rise to the top years later. This list includes Deon Hemmings, Danny McFarlane, Delloreen Ennis-London, Asafa Powell, the Pocket Rocket herself – Shelly-Ann Fraser-Pryce, and the woman who is gunning for her crown, Elaine Thompson.

Among the stars of tomorrow who have come down the Champs pipeline are former Wolmerian Jaheel Hyde, who has several youth and junior titles under his belt in two different events. He will make his Olympic debut in the 400m hurdles. Clive Pullen, our triple jumper, also had an outstanding Champs career for Kingston College. Former Calabar lion Javon Francis was the talk of the 2013 World Champs in Moscow, Russia following his stunning anchor leg in the 4x400m relay (while still in school), and will be looking to add an Olympic medal to his collection. Omar McLeod was also sensational during his Champs years, both for Manchester High School and later KC. He made his ‘big leagues’ debut at last year’s World Champs, but technical issues cost him a podium finish. He will be looking to do much better in Rio. Calabar man Fedrick Dacres, the first Jamaican to win international titles in the discus throw is also hoping for better results this year. Even further into the future, we have the likes of Calabar star Christopher Taylor, who competed at the national senior trials this year, signalling his intent to make a name for himself amongst the big boys pretty soon. And we’re still awaiting Michael O’Hara’s (Calabar) big leagues debut.

On the women’s side, Christania Williams, the former Edwin Allen High sprint queen, is also in Rio looking to make her mark. Former Holmwood Technical star Janieve Taylor is our best bet in the women’s 400m hurdles. Kellion Knibb (St Jago), Tara-Sue Barnett (Edwin Allen) and Danniel Thomas (Edwin Allen) are gunning to put us on the map in women’s throws.

What we see at Champs every year is a veritable embarrassment of riches, as our high schools churn out more stars than we can realistically fit on any Olympics or World Championships team at the appointed time. Some of our brightest high school stars never even make it out of the college system overseas, and some pursue other interests upon graduation. Additionally, from time to time, we do have athletes representing Jamaica that have not come through the ranks, so to speak. This is usually because they were born and raised overseas.

International interest in Champs has grown by leaps and bounds since the success of our 2008 Beijing squad. The event has been covered by various mainstream outlets such as the New York Times, the BBC and Sports Illustrated. But still, many wonder: Is it a fluke or just a phase? How can one little island with such negligible training and support resources produce all these big stars? We know that sports can be cruel, and there may be periods in the future when we don’t achieve as much as we did in 2012 (our most successful Olympics to date, with 12 medals). But we also know that there will be times when we far exceed that number as our team grows and more athletes from other sports come into to the picture. So, to the doubters and the naysayers we say, as long as there is Champs, dem ago tired fi see wi face.