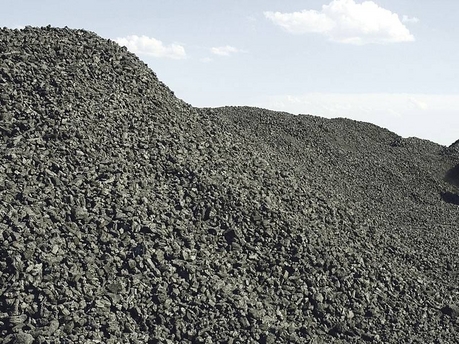 Last January, the government of Jamaica finally ended its decade-long flirt with the idea of introducing liquefied natural gas (LNG) as the solution to the country’s high electricity prices, but the project had already cost us US$4 million. Currently, it costs between 40-41 US cents per kilowatt-hour to produce electricity – one of the highest in the world, which equates to the government spending some $14 billion annually on power. Energy minister Phillip Paulwell declared with finality: “I am not going CLG (compressed liquid gas) and I’m not going LNG,” adding that he has always preferred coal as the chief source of alternative energy.

According to the World Coal Association, “Coal is a combustible, sedimentary, organic rock, which is composed mainly of carbon, hydrogen and oxygen. It is formed from vegetation, which has been consolidated between other rock strata and altered by the combined effects of pressure and heat over millions of years to form coal seams.”

The subject of coal is back in the news recently as it was revealed that the already contentious Goat Islands logistics hub project to be undertaken by China Harbour Engineering Company (CHEC) will be powered by coal: “Given the high cost of electricity in Jamaica, CHEC proposes its own coal-fired generating plant to provide lower-cost electricity for the project,” Transport Minister Dr Omar Davies said. This revelation led to an outcry from Professor Anthony Chen, Nobel laureate and one of Jamaica’s leading physicists and an expert in climate change. He declared: “People in the know, including myself, are very much concerned about coal, not just because coal worldwide contributes much toward the dangerous consequence of climate change but mostly because of the health risks that it poses… The by-products of coal include carcinogens (substances capable of causing cancer), mercury, highly radioactive material and black smoke, all very harmful to the health of people, especially those living near to the plant.”

Indeed, all of this is true. Coal plants also generate millions of tonnes of harmful waste products which are non-reusable, leading to waste disposal problems. Additionally, according to the US Environmental Protection Agency (EPA), coal plants require large quantities of water in order to remove impurities, produce the steam which in turn generates electricity and for cooling purposes. This raises the question of how the waste water from these processes will be handled, because it poses a serious risk to aquatic life and health risk to humans.

On the plus side, coal is often touted as the cheapest source of energy, and Jamaica could certainly use the savings. In countering Professor Chen’s position, Winston Hay, a former director general of the Office of Utilities Regulation (OUR), pointed out that over the past few decades, “a number of studies have been conducted independently by the Jamaica Public Service Company, Office of Utilities Regulation, National Environment and Planning Agency (NEPA) and at least three reputable overseas consultants to determine the most economic fuel to be used for local power generation, and the effect on the environment by the fuels being considered in the evaluations. All have concluded that coal would be the most economic fuel, providing relatively low-cost electricity to consumers without violating the established environmental standards.”

Hays’ argument is also supported by research conducted in 2012 by a University of the West Indies energy think tank. The researchers examined how much it would cost to power a single incandescent light bulb using oil, coal and LNG. Using the prices at the time, they found that it would cost US$178.70 to purchase two barrels of oil to power the incandescent bulb. If coal were to be utilised to do a similar job, it would take only 396 kilograms (871lb) of the product at a cost of US$23.8, or 13 per cent of the cost of oil. The think tank also said liquefied natural gas (LNG) would be a more expensive option to coal. The researchers argue that it would require 333 litres of LNG to power the same 100-watt bulb, which would cost US$83.30, or 47 per cent of the cost of oil.

Considering these savings, Jamaica’s alumina industry could also be one of the biggest beneficiaries of turning to coal, as Hay pointed out in his article. In fact, Jamalco Refinery signed a memorandum of understanding (MOU) with the government last April to build the island’s first major coal plant in order to lower the cost of alumina production.

In addition to being  economical, coal is also abundant – though sources are not infinite. According to the WCA, coal is “far more plentiful than oil or gas, with around 112 years of coal remaining worldwide.” Recoverable coal reserves can be found in about 70 countries, with the largest deposits in North America, the former Soviet Union, China, and India. Minister Paulwell had pointed out in the article from last January that “coal won’t come for about four years, even though the Chinese have said they could bring it in two years,” so given China’s large supply of the fuel and its clear interest in investing in Jamaica, we should be able to have the supplies needed to help power the country, even without any support from the United States, per this statement from a US State Department’s Bureau of Energy Resources official. “We have a US Government policy that we don’t support World Bank or (other) international financial institutions’ financing of new coal facilities abroad for reasons of climate change.” 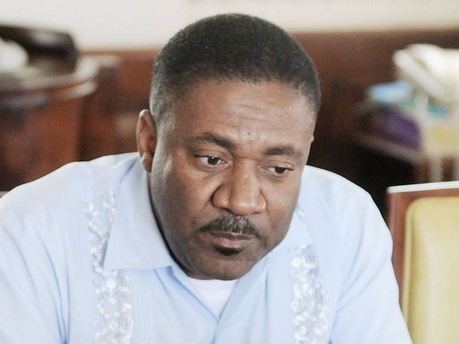 Paulwell listed the steps he plans to take to ensure that electricity from the Jamaica Public Service Company becomes much cheaper over the next three to four years.

Plan: The introduction of a fuel source cheaper than oil should shave off between 35 and 40 per cent of electricity bills.

Status: Still up in the air with liquefied natural gas off the table, Paulwell is seeking an alternative gas or coal.

Plan: This does not mean the creation of a new grid but the introduction of factors such as net billing (selling excess privately generated energy to the JPS) and wheeling (generating electricity and using the JPS grid to transfer this to another facility).

Status: Net billing now introduced but only two takers so far. Wheeling should be before Parliament shortly.

Plan: Improving efficiency of the JPS grid: This means reducing the cost that Jamaicans pay for theft and losses through the transmission and distribution of electricity.

Status: Several efforts to reduce losses have been introduced but the gains have been negligible so far.

There’s no denying the great benefits to be derived from adding coal to Jamaica’s fuel mix, but we also cannot deny that it could potentially add to or create adverse environmental conditions. So, what do you think? Is coal the way to go or should we, like Professor Chin advised, say no?