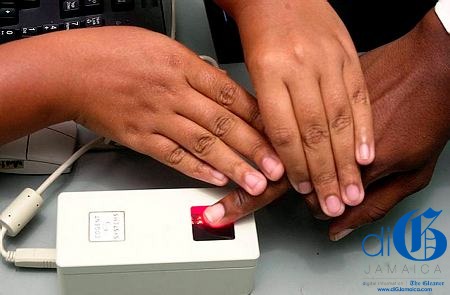 Today is International Day Of Democracy, being observed under the theme ‘Space for Civil Society.’ According to the United Nations (UN), “It is a reminder to Governments everywhere that the hallmark of successful and stable democracies is the presence of a strong and freely operating civil society — in which Government and civil society work together for common goals for a better future, and at the same time, civil society helps keep Government accountable.”

International Day of Democracy came about via UN General Assembly resolution A/62/7 (2007), which encouraged governments around the world to strengthen national programmes devoted to the promotion and consolidation of democracy. The resolution also decided that 15 September of each year should be observed as the Day.

Today, the Inter-Parliamentary Union (IPU) is “calling for a major stepping-up of efforts to involve the public more deeply in formal political processes and institutions, including parliaments. It is also urging parliaments to be more open and accessible to their citizens, and representative of society as a whole.” The IPU is the international organization of Parliaments, established in 1889.

According to the UN, “Democracy, and democratic governance in particular, means that people’s human rights and fundamental freedoms are respected, promoted and fulfilled, allowing them to live with dignity.”

Democracy in action means that people have a say in the decisions that affect their lives and can hold decision-makers (elected officials) accountable. Democratic governance is the process of creating and sustaining an environment for inclusive and responsive political processes and settlements.

The 2014 Political Culture of Democracy in Jamaica and in the Americas Survey revealed findings that suggest that Jamaica’s democracy is either unstable or at risk. The survey, which tracked a decade of AmericasBarometer opinion data on the extent of political system support and political tolerance, posits that “stable democracies need citizens who grant their institutions legitimacy and who tolerate and respect the rights of dissenters” and, therefore, suggests that “system support and political tolerance influence democratic stability.” It defines system support as a “summary belief in the legitimacy of political institutions in a country and overall levels of support for how the political system is organised.”

Jamaica was ranked 22nd out of 25 countries in the Americas, indicating a low level of “system support.” The findings revealed that since 2006, there has been declining support for all five components of the political system comprising the index of system support, namely:

You can read Professor Rosalea Hamilton’s article on the survey results here.

Elections are one of the hallmarks of democracy, and Jamaica is currently gearing up for the next general election, although no official announcement has been made. Here at diGJamaica.com, we hosted a Twitter chat last week using the hashtag #ElectionJa to find out what issues Jamaicans are thinking about at this time. We definitely got a sense of the ‘low level of system support’ as several tweeters expressed apathy towards both political parties and an unwillingness to vote. This was countered by an equally vocal set who are already registered to vote and have strong opinions on the place of non-voters.

You can view some of the tweets in this Storify post and follow the #ElectionJa hashtag to see more of the conversation.