The year 2017 marked 200 years since Parkinson’s Disease was recognised as a medical condition. Here are seven historical facts that represent important steps taken on the 200-year medical journey since this momentous day. (See our fact sheet on Parkinson’s disease). 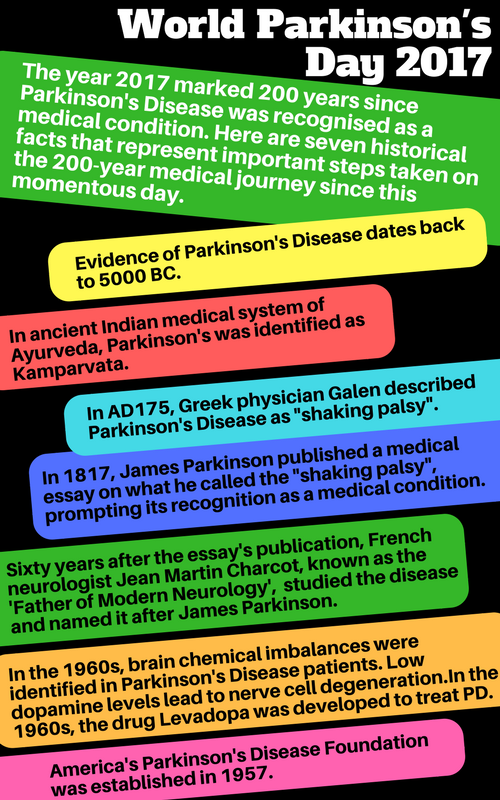