At her first press conference on Wednesday, January 11, 2017 to announce her 90-day crime-fighting plan, acting commissioner of police, Novelette Grant, issued a press release detailing some of the accomplishments of the Jamaica Constabulary Force in 2016. The press release included statistics on the numbers of murders committed in the country in 2016. We have transformed this information into infographics.

Number and categories of murders committed 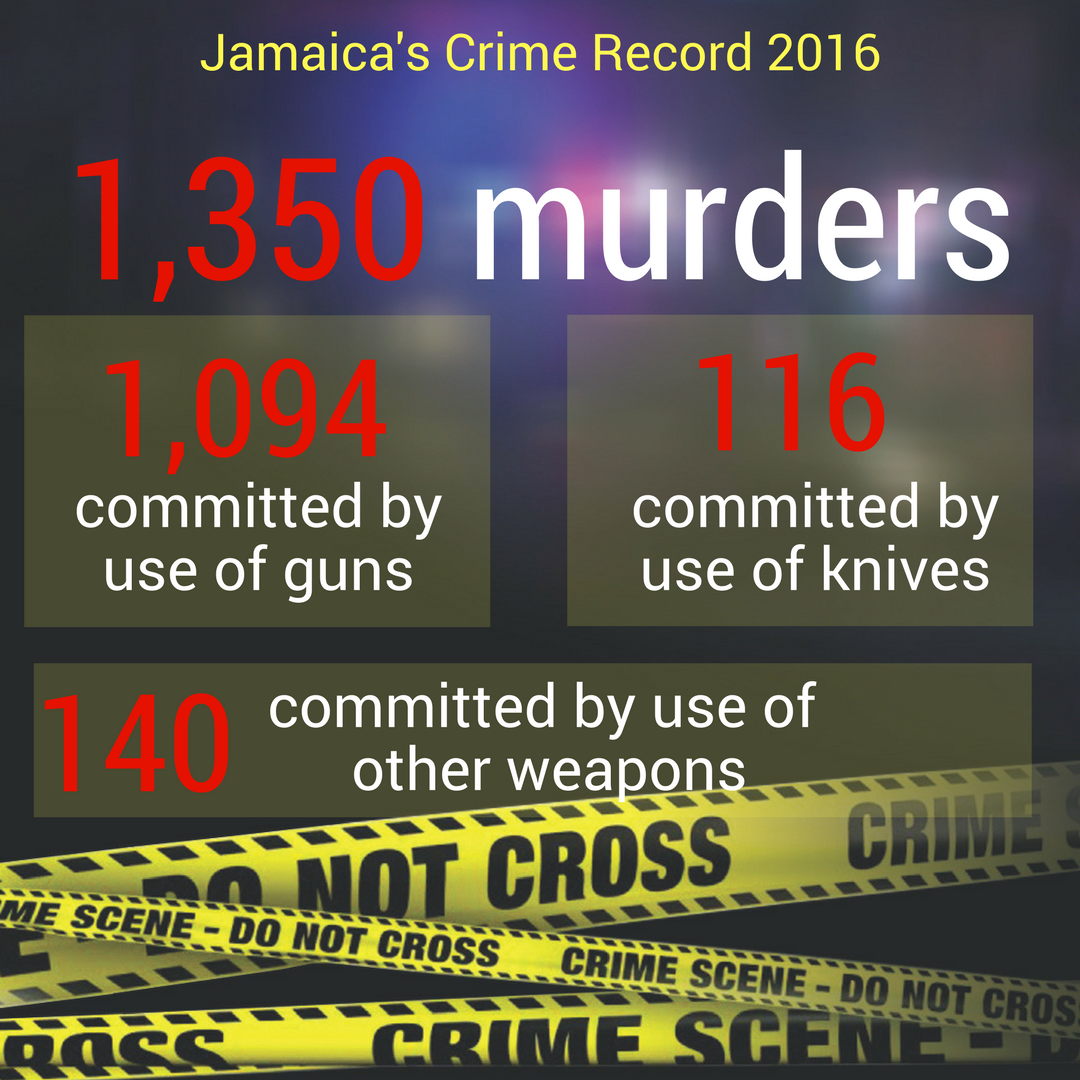 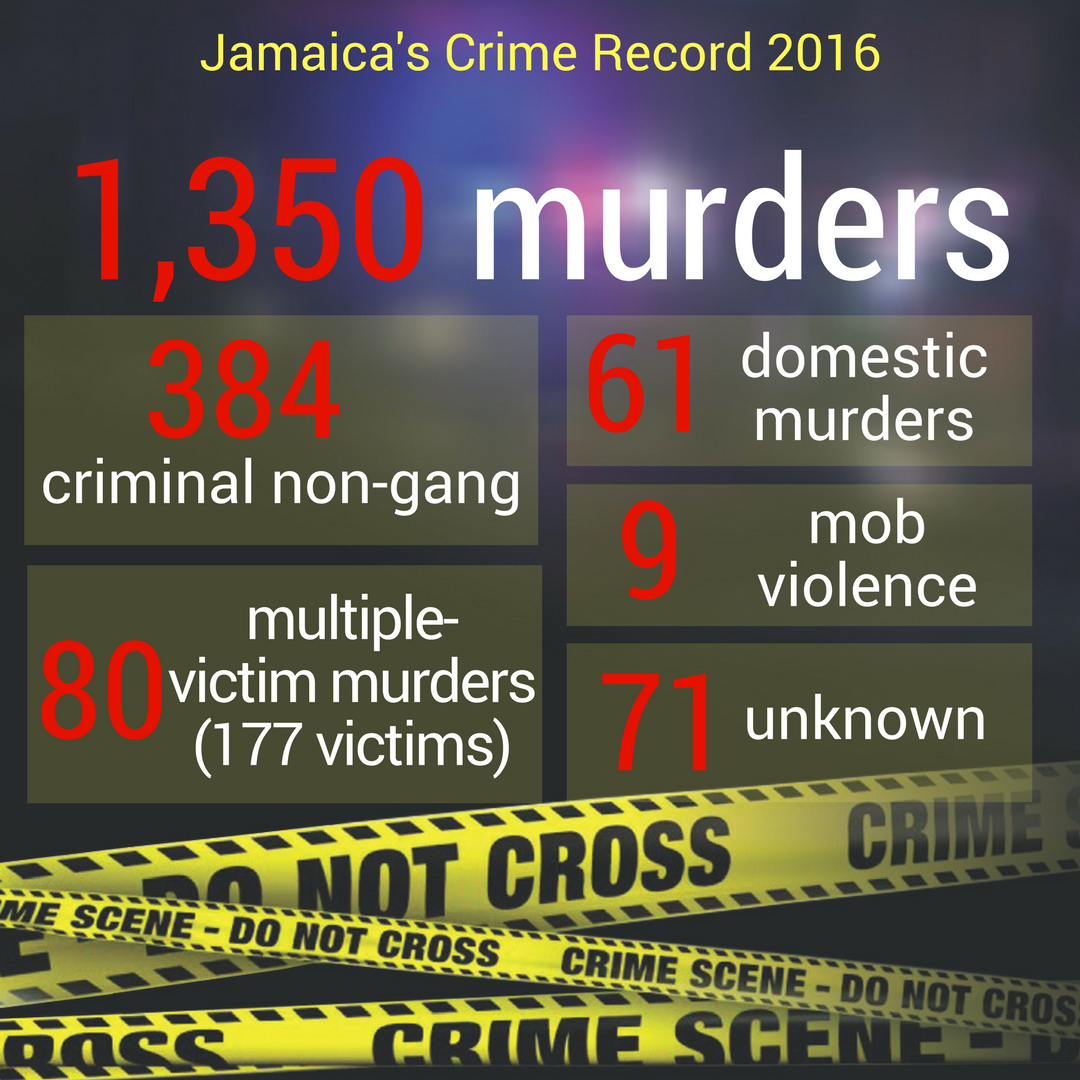 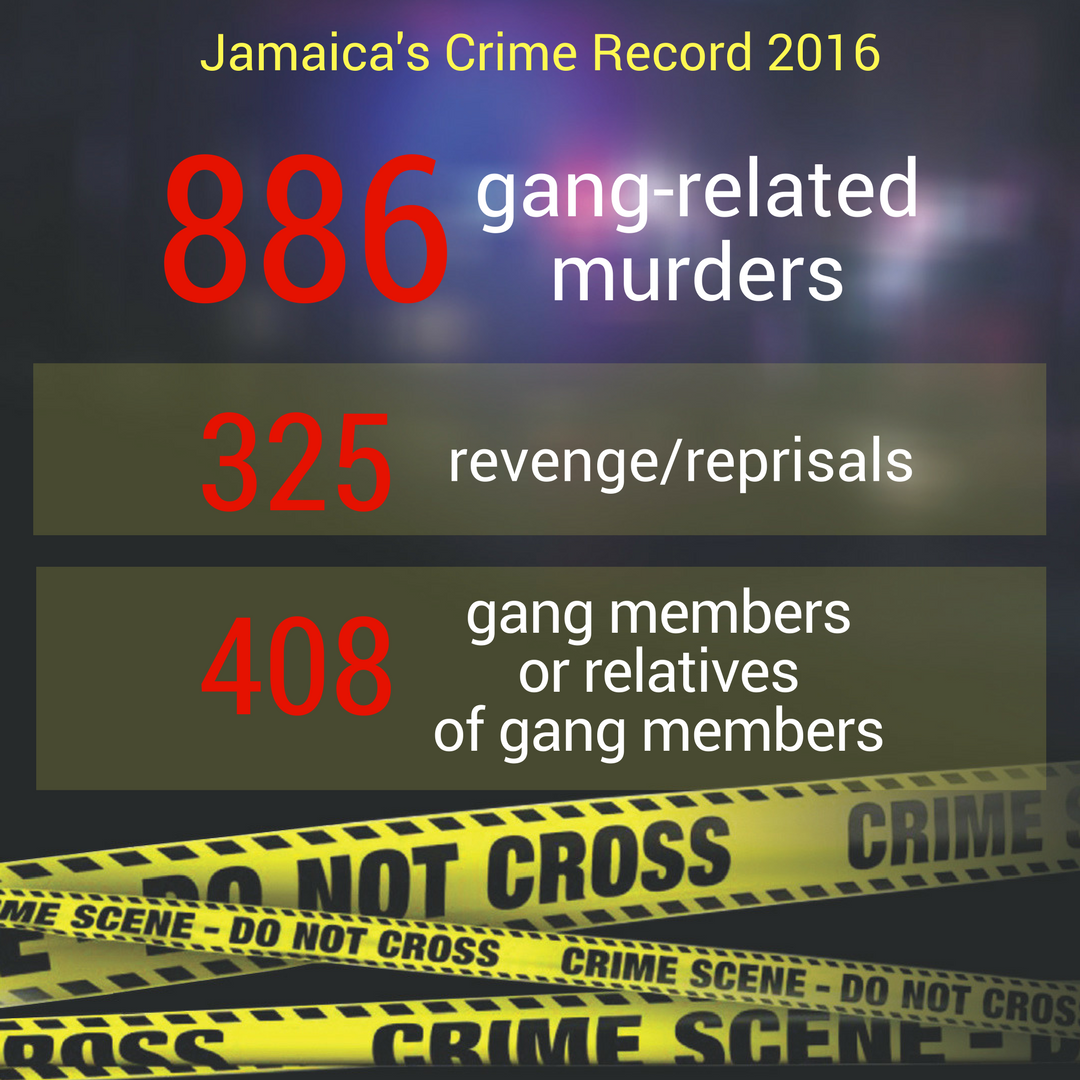