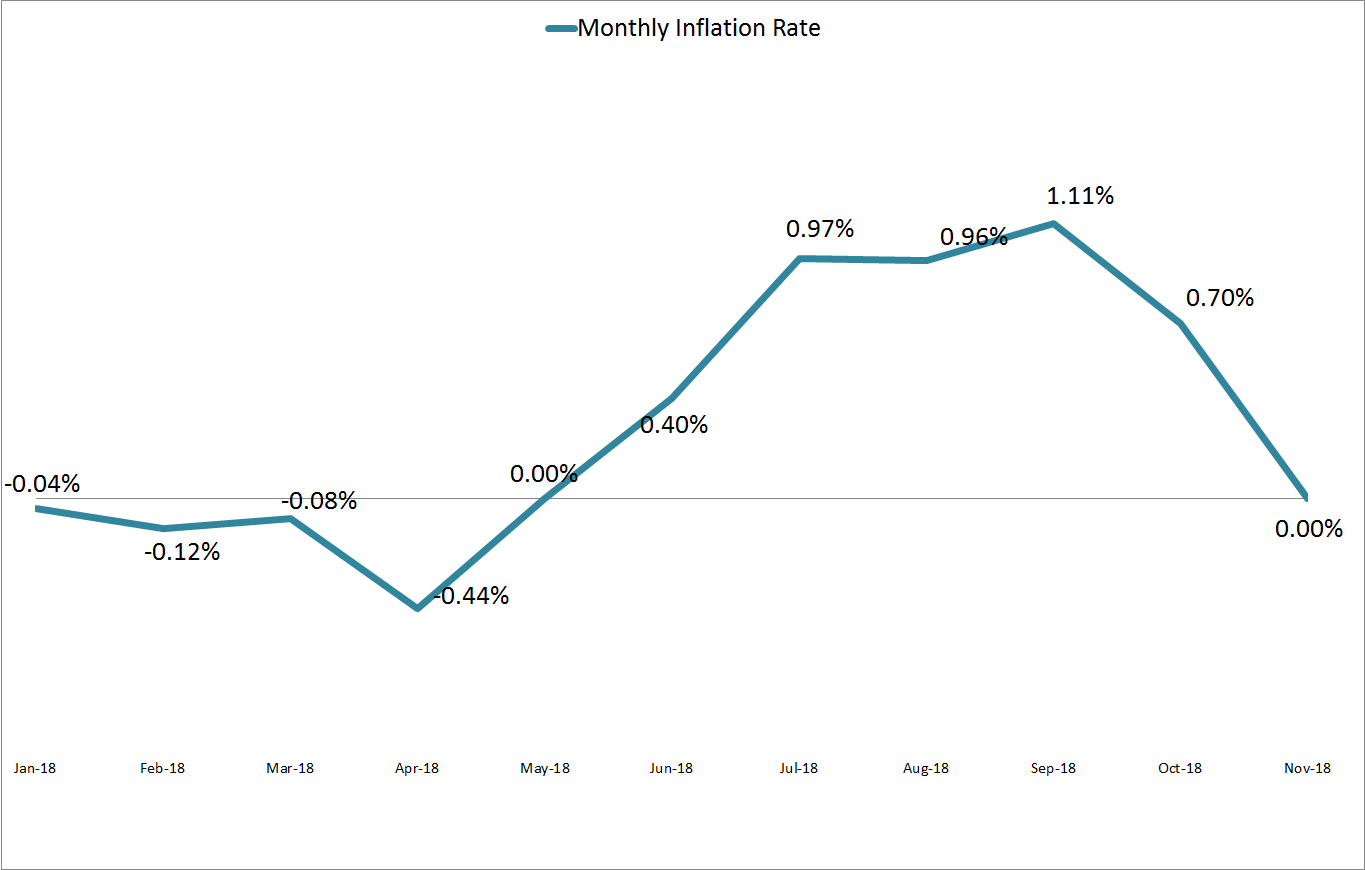 Inflation rate for the year to date now stands at 3.54% and diGJamaica projects that inflation will come in below 2017’s 5.25%.

The inflation rate for the fiscal year to date (April 2018 to March 2019) is now 4.21%, but with the prices of oil falling it is too early to tell if this will exceed last fiscal year’s inflation rate of 3.68%, although it is looking likely.

“This movement was influenced by a 0.3 per cent increase in the index for the division ‘Food and Non-Alcoholic Beverages’. This was as a result of higher prices for vegetables, starchy foods and fruits.

However this increase was tempered by a 0.8per cent decline in the division ‘Housing, Water, Electricity, Gas and Other Fuels’ due mainly to reduced rates for electricity despite the increased rates for water and sewage. Additionally the ‘Transport’ division also
declined by 0.7 per cent as a result of a decrease in the price for petrol.”
Hopefully you enjoyed some of the decreases in the petrol, water, electricity and other fuel prices!