Data just in from the Statistical Institute of Jamaica reveals that the Consumer Price Index for November 2012 rose by 0.63%.  This puts the overall inflation this calendar year at 6.96% according to diGJamaica.com calculations.  By analysing diGJamaica’s economy dashboard (at the top right hand corner of your screen on the main website), we see that Year to Date Inflation is actually more than 1.37 percentage points higher than 2011.  This means that in November 2011, the inflation rate was about 6.96 – 1.37 or 5.59% – approximately 5.6%.

The inflation rate this month is actually the 4th highest of 2012, but follows two consecutive months of inflation above 0.95%.  The downward movement in inflation rate is heartening, but the monthly rate is still high compared to earlier in 2012.  The chart below shows monthly inflation since 2010. 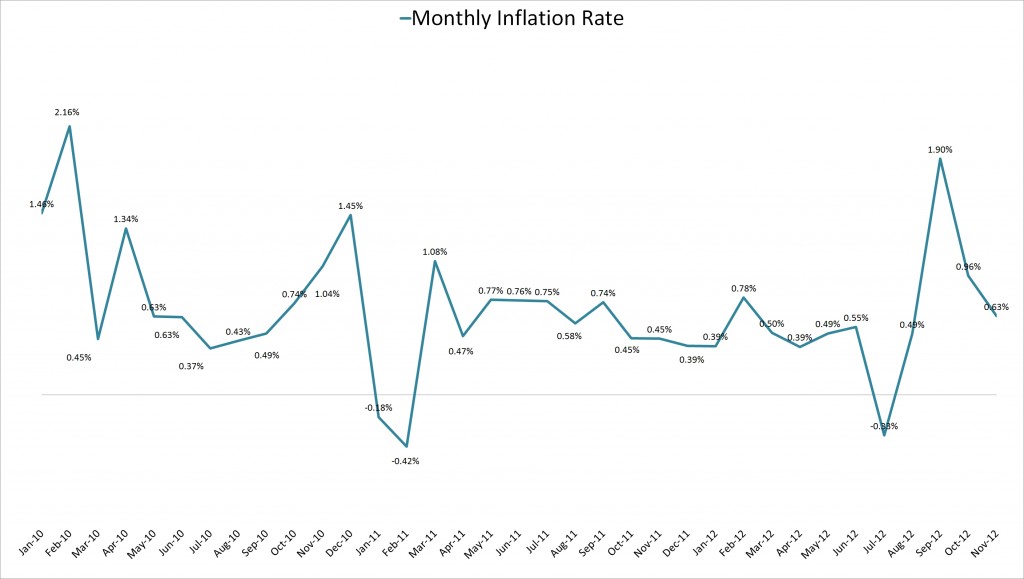