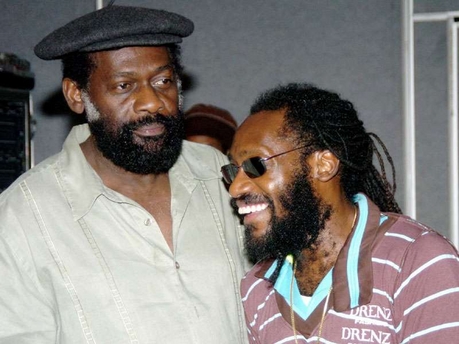 Jimmy Riley – Martin James Norman Riley was born in Waterhouse, Kingston. He had a number of hits from the mid-60s to the mid-80s, both as  solo artiste and as part of the groups The Sensations and The Uniques. The Sensations (Riley, his brother Buster, Cornell Campbell and Aaron ‘Bobby’ Davis) recorded hits such as Everyday Is Just a Holiday and Those Guys. The short-lived Uniques (Riley, Slim Smith and Lloyd Charmers), which lasted only a little over a year, recorded My Conversation and Watch This Sound. As a solo singer and writer, Riley’s hits include Tell The Youths The Truth, Nyah Bingi, Clean up the Streets, Love and Devotion and a cover of Marvin Gaye’s Sexual Healing. Riley has performed with his son, Tarrus several times, headlining a number of festivals including the Ocho Rios Seafood Festival in 2007. His 2008 album Sly and Robbie Presents Jimmy Riley: Pull Up Selector saw them collaborating on the titles track, which was released as a single. His latest album, Contradiction, was released in 2013.