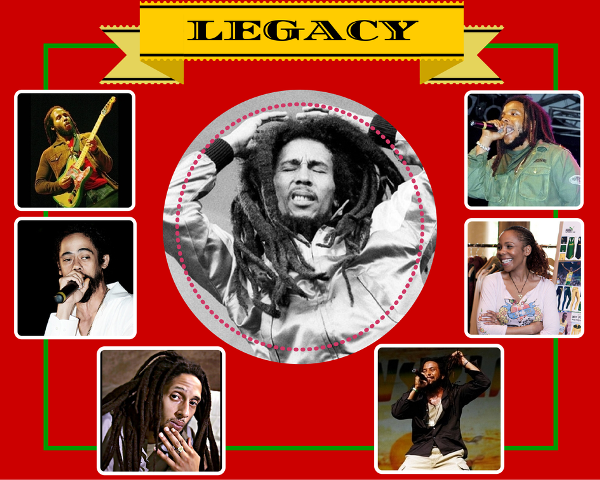 Fathers generally do not get the same level of love and admiration from the Jamaican society as mothers do. They certainly aren’t celebrated with the same reverential fervour in popular culture, so we were hard-pressed to find enough songs for a playlist to mark Father’s Day. Instead, we’ve decided to focus on some of Jamaica’s famous dads and the legacies they have built or left behind for their children, along with one legacy-in-the-making that we’re keeping our eye on.

Bob Marley – One of the most influential musicians the world has ever seen, Marley is known in every corner of the globe for unforgettable ska, rocksteady and reggae rhythms, as well as lyrics about struggle and change that encouraged people to stand up for their rights. He died at 36 years old, perhaps too young to realise just how gifted his offspring were. However, he probably could have guessed that some of them would follow in his legendary footsteps, having encouraged Ziggy, Stephen, Cedella and Sharon to form a group The Melody Makers in 1979. Here is a brief rundown of The Gong’s famous children:

A new generation of Marleys is also on the rise. Sharon’s daughter Donisha Prendergast (with former FIFA referee Peter Prendergast), is an actress and filmmaker, and Stephen’s son Jo Mersa, is a musician who recently released his debut EP, Comfortable. Another grandson, Skip, son of Cedella, is also beginning to make strides in the music industry.