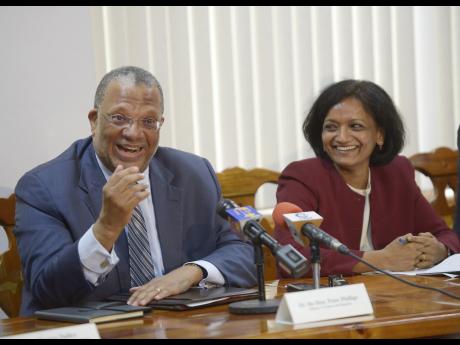 Today in IMF news, Mission Chief Uma Ramakrishnan announced that Jamaica’s primary surplus target will be lowered to 7.25% this fiscal year, down from the previous target of 7.5%. For FY 2016/2017, the target has been lowered further to 7%.

The lowered target comes after the announcement in September’s review that the IMF would reconsider some targets for the nation, given that substantial economic growth has not been forthcoming despite Jamaica’s good program performance. According to Ms. Ramakrishnan, the lowered target should allow for an increase in public spending in a way that encourages growth, job creation and protects social spending.

Also mentioned in today’s press release, preliminary talks regarding the tenth review have been completed, with the review scheduled for December 2015. The IMF will make a further US$39 million of the EFF agreement available if Jamaica passes this review.

Read the full press release here, and check back with us for news on Jamaica’s performance in the upcoming tenth review.