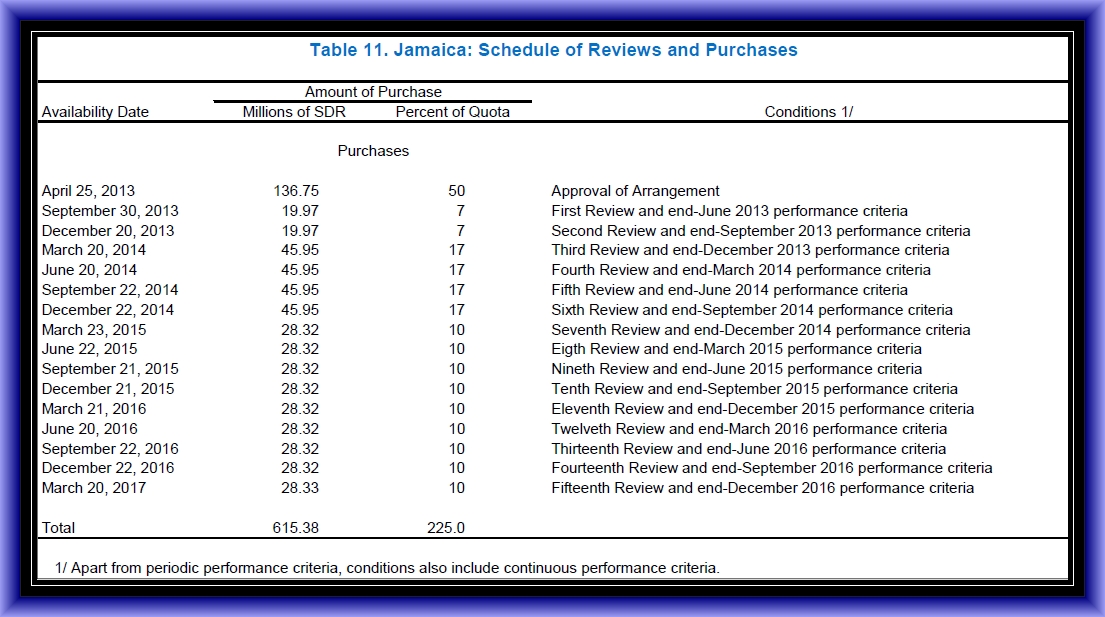 The four-year arrangement between Jamaica and the International Monetary Fund under the Extended Fund Facility (EFF) was approved on May 1, 2013.

The first review of Jamaica’s performance under the economic program which was for the June quarter was given the official stamp of approval by the IMF’s executive board members on September 30, 2013. The first review unlocked the second tranche of the loan, approximately US$30.6 Million.

In November the IMF team visited the island and conducted the second review of the programme for the September quarter. Jamaica  now awaits the official approval of the IMF’s Executive Board members, to draw down on the third tranche which should be given no later than the end of December.

For those who don’t know – the economic programme consists of 15 reviews. Click on the image above to enlarge the schedule.

As we await the official stamp of approval from the IMF’s executive board for the second review, diGJamaica brings to you in flip magazine format the Official Staff Report on the first review by the IMF team which includes the updated Technical Memorandum of Understanding reflecting adjustments to the performance criteria.