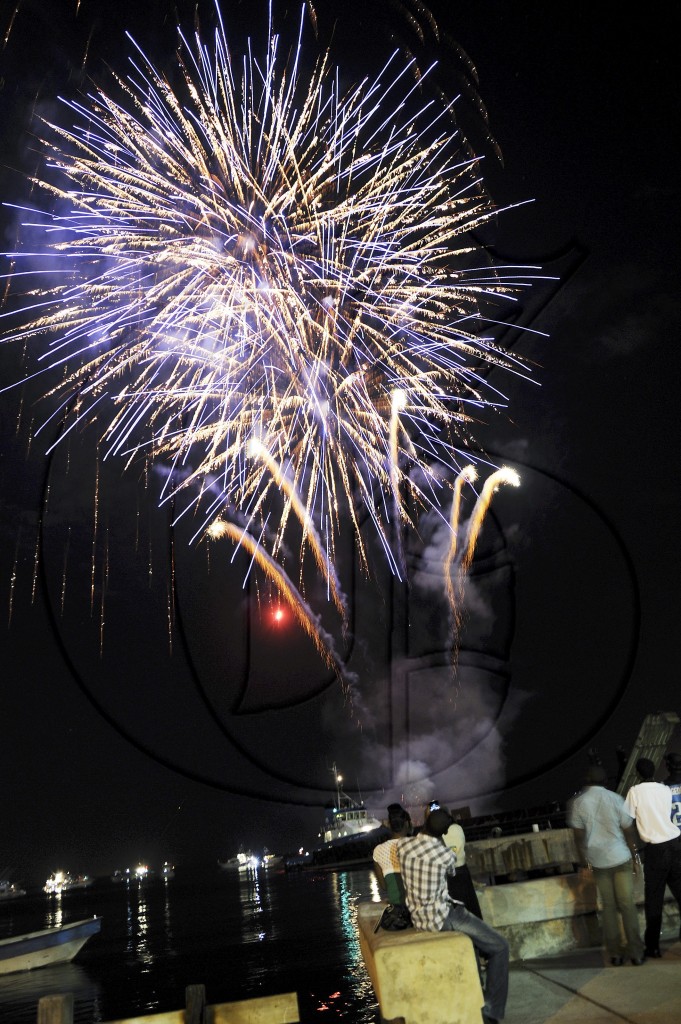 This week’s image comes from the Wednesday Gleaner story, Fireworks On The Waterfront Delights. Thousands of Jamaicans converged on Ocean Boulevard to say goodbye to 2012 and ring in the new year with their friends and loved ones on Monday night (New Year’s Eve).

Fireworks on the Waterfront was first staged by the Urban Development Corporation (UDC) in 1999 to usher in the new millennium. It was initially intended to be a one-off event; however, due to overwhelming public demand, the UDC has staged the event in subsequent years. It was cancelled in 2006 amidst concerns about a growing malaria threat that had gripped the island and also in 2007, due to lack of sponsorship.