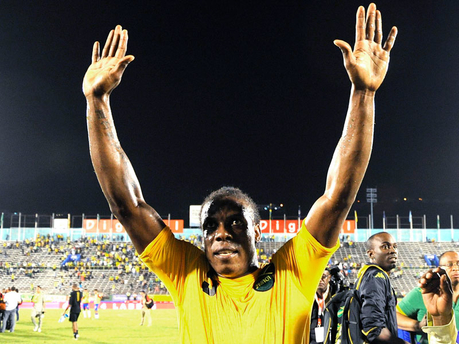 This week’s image comes from the Wednesday Gleaner story, ‘Tuffy’ The Hero For Boyz – Late Goal Earns Point For Jamaica. Jermaine ‘Tuffy’ Anderson threw the Reggae Boyz’s campaign a lifeline after scoring in injury time to secure a 1-1 draw against Costa Rica in their World Cup Qualifying match at the National Stadium on Tuesday, September 10.

Despite being the leading goal scorer in the local premier league for the past few seasons,  had not been able called to the national football team. The 33-year-old’s continued omission from the squad led to a public debate and even sparked small-scale demonstrations in Kingston and Montego Bay by his supporters.