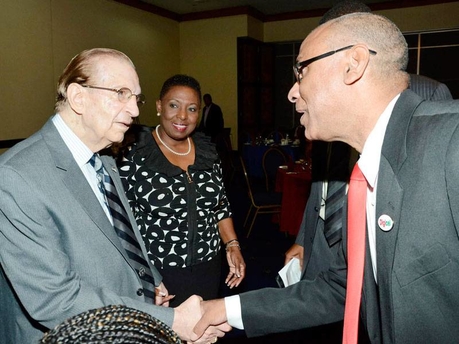 In the photo, former Prime Minister Edward Seaga (left) greets Patrick King, distribution director for Digicel, while Olivia Grange looks on during Monday’s Leaders-to-Leaders Speakers Series at The Jamaica Pegasus hotel in New Kingston. Seaga spoke of the urgent need for an injection of foreign capital to fast-track the development of downtown Kingston, since prospects of heavy funding coming from domestic sources are weak.