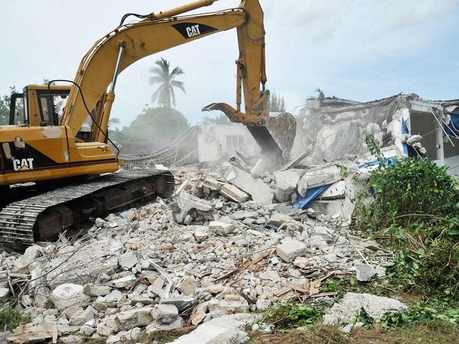 This week’s image is from the Friday Gleaner story entitled DEMOLISHED! Millsborough House Torn Down After Rowdy Squatters Evicted. The article follows Wednesday’s story of the eviction of a group of male squatters from a house in the upscale St Andrew community of Millsborough. The men, who are gay, were accused by neighbours of causing “havoc” in the community and transforming the residence into a “public whorehouse.” The house was demolished yesterday.

The men were given notice two months ago to vacate the area after the owner received complaints, but did not comply. According to the company contracted to demolish the house, they have been instructed by the owner to construct apartment complexes on the property.