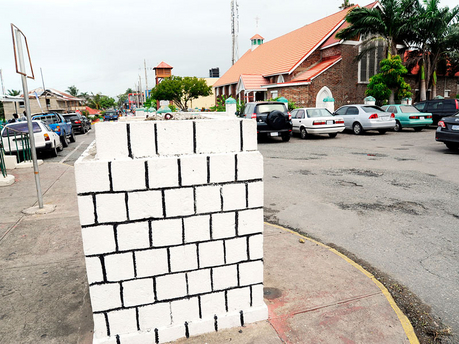 This week’s image comes from the Wednesday Gleaner story St Thomas Not Ready For Bogle. It shows the empty mount on which the statue of Paul Bogle is to stand in Morant Bay, the parish’s capital.

The statue, originally done by Edna Manley, was prominently placed at the front of the old courthouse, which was destroyed by fire in 2007. It was not affected by the blaze but was later severely damaged by a man reportedly of unsound mind. It has been repaired and has been at the Duke Street office of the Jamaica National Heritage Trust (JNHT) since April.

According to acting executive director of the JNHT, Dorrick Gray, a decision was taken not to return the statue to its mount because the courthouse has not yet been rebuilt.