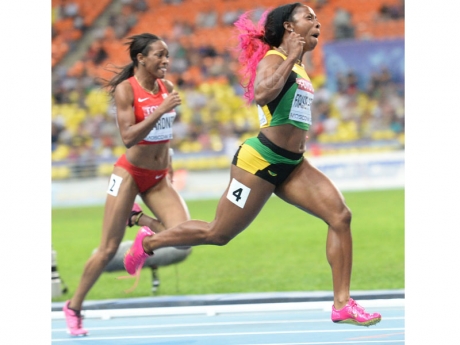 Jamaica’s diminutive sprint queen, Shelly-Ann Fraser-Pryce, again proved her class against a strong field to reclaim the world 100m title. Virtually unchallenged, she led the race from start to tape and won in a world-leading 10.71 seconds, some five metres ahead of her nearest rival, Ivory Coast’s Murielle Ahoure.

Fraser-Pryce is looking to complete the sprint double later today in the 200m, where she will attempt to unseat American Allyson Felix. The IAAF World Championships in Moscow, Russia, ends on Sunday.