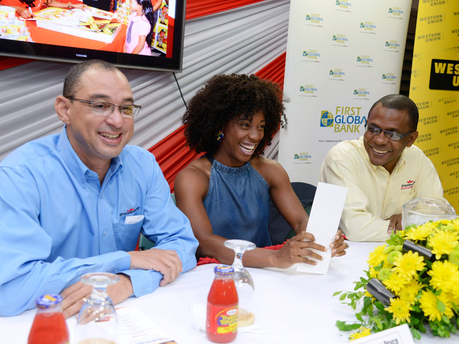 This week’s image comes from the Thursday Gleaner story entitled ‘I Thought That Was It’ – Fraser-Pryce Says Positive Test Left Her Clueless, Thanks GraceKennedy For Support.

In the picture, Don Wehby, CEO of the GraceKennedy Group, World and Olympic gold medallist, Shelly-Ann Fraser-Pryce and Courtney Campbell, CEO of GraceKennedy Financial Group, laugh while sitting at the head table during the ceremony to mark the expansion of her contract with the company as its brand ambassador.

Fraser-Pryce thanked the group for for sticking by her following a 2010 doping violation and underlined the partnership’s impact on her own personal growth.