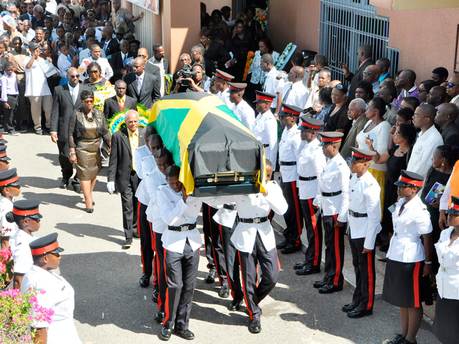 George Lee, credited as one of the founding fathers of the municipality of Portmore, passed away in Florida on September 29, after ailing for some time. In the photo, pall-bearers from the Jamaica Constabulary Force (JCF) carry his coffin past a final guard of honour during his official funeral at the Power of Faith Ministries in Portmore, St Catherine, on October 17.