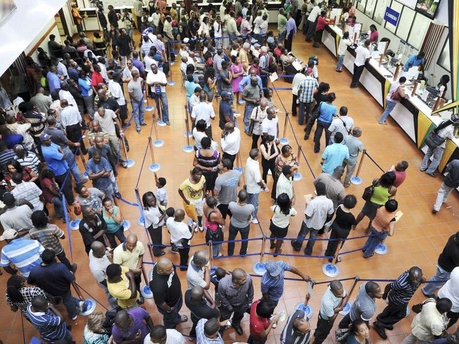 Our image of the week is taken from Today’s Sunday Gleaner: Traffic Tickets And A Can Of Worms!

The caption read:  Tax offices across the island were packed with persons trying to beat last Monday’s deadline for the traffic-ticket amnesty. This, coupled with the usual month-end rush, made for some long lines. – Ricardo Makyn/Staff Photographer

The story said:  Some motorists who rushed to pay the State thousands of dollars during the recent traffic amnesty might have spent money they did not need to.  A retired judge has told The Sunday Gleaner that some of the traffic tickets could be statute-barred….read more at Jamaica-Gleaner.com