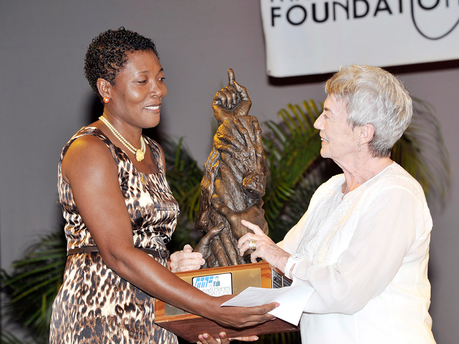 Founded in 1989 by Claudette Pious, Children First is an independent non-governmental agency that serves more than 600 young people aged 10 – 24 years in Spanish Town, Old Harbour, parts of Kingston and as far as St James. It provides a range of services for vulnerable children in these communities, including basic skills training, counselling and school assistance.

The agency received the award and a $200,000 cash grant in a ceremony held at the Little Theatre on Emancipation Day,  after being short-listed along with three other entities.