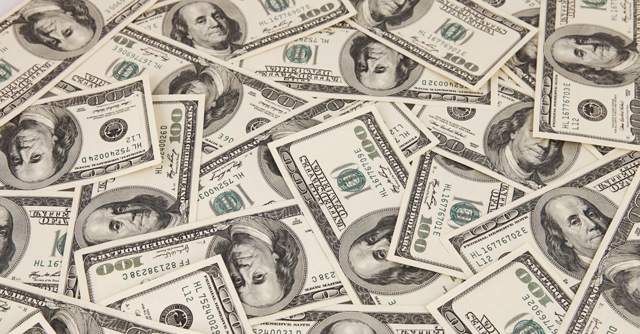 The United States (US) Border Wall Funding Act of 2017 (the HR1813 Bill to Amend the Electronic Fund Transfer Act) was introduced on March 30, 2017 by Republican congressman from Alabama, Mike Rogers, to the US House of Representatives. The Bill proposes an amendment to the Electronic Fund Transfer Act that would mandate a two per cent tax charge on the US-dollar value of any money being sent to Jamaica and 43 other countries, including several more from the Caribbean. The stated purpose of the Bill is to “be expended for the purpose of improving border security”.

How much is the tax?

It’s a two per cent remittance tax. So if someone is sending US$100, the US Government would collect US$2 in tax. For the first five years of the enactment of the Bill, the remittance service provider will also be allowed to retain up to five per cent of the remittance fee to cover “the costs of collecting and submitting” the fees. This amount will come out of the two per cent going to the US Government. It is NOT an additional charge to persons sending remittances.

When do they propose to start?

The Bill states: “Not later than September 30, 2017, the Bureau … and remittance transfer providers shall develop and make available a system” for the enforcement of the proposed tax.

How much does Jamaica currently earn from remittances?

On average, remittances account for US$2.2 billion in revenues per year in Jamaica. That’s almost 17% of our gross domestic product. It is one of our top earners of foreign exchange. In some years, the revenue from remittances has exceeded income gained from tourism.

Remittance per capita works out to be US$850. To get an idea of just how much money that is, consider this: If we were to take the money that comes to Jamaica through remittances and share it up equally for every single Jamaican, all of us could comfortably get US$850, which is over J$100,000.

Who benefits from remittances?

A lot of the people who collect remittances in Jamaica are among the poorest and most elderly. For these persons, remittances are their single source of income. Approximately 85% of the money received is used to pay utility bills and basic consumption expenses (healthcare, education, proper nutrition). In some cases, this potentially affects absenteeism from school.

a. Incentive to send it is expected to go down because of the cost increase. Remittance is cost-elastic (this means people respond immediately to any announced changes). A marginal increase or decrease can have a ripple or multiple effect. The effect tends to be significant. Previous experience and studies have shown that the amount of a reduction or increase in remittance is almost two or threefold what is announced. It

b. People can divert to other, less regulated options of money transfers.

c. Regarding the diaspora, the World Bank has been championing remittances for development purposes. A lot of the poorer recipients are unbanked – meaning they don’t have access to the regular instruments of a banking institution, and regular collection of remittances could be seen as a form of collateral. By making access to this more difficicult, we reverse the gains that they are trying to make.

DiGJamaica thanks Shanike Smart from the Caribbean Policy Research Institute (CAPRI) for assisting with the explanations and clarification, as well as statistics for this article.