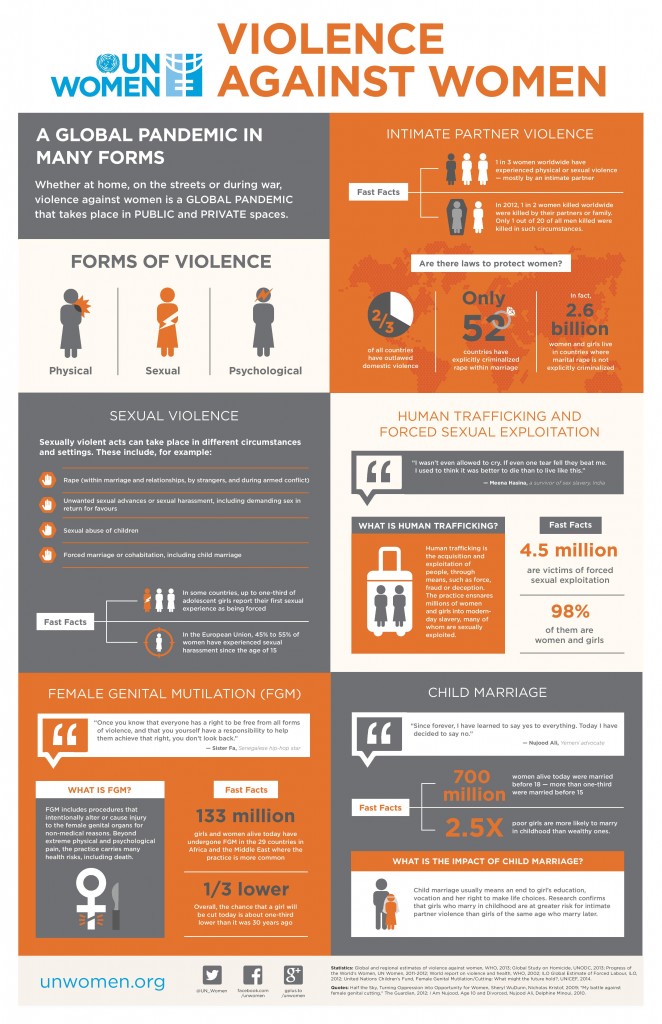 The UN notes that violence against women is a human rights violation and it continues to be a global pandemic. It is a consequence of discrimination against women, in law and in practice, and of persisting inequalities between men and women. The impacts are far-reaching, as it impedes progress in many areas, including poverty eradication, combating HIV/AIDS, and peace and security. Violence against women and girls is not inevitable; prevention is possible and essential.

Locally, the Bureau of Women’s Affairs will today launch a three-month social media campaign aimed at providing a platform for advocacy and collaboration around the issue of gender-based violence, particularly as it affects women and girls. The Bureau is one of the local organizations committed to aiding the development and advancement of women in Jamaica.